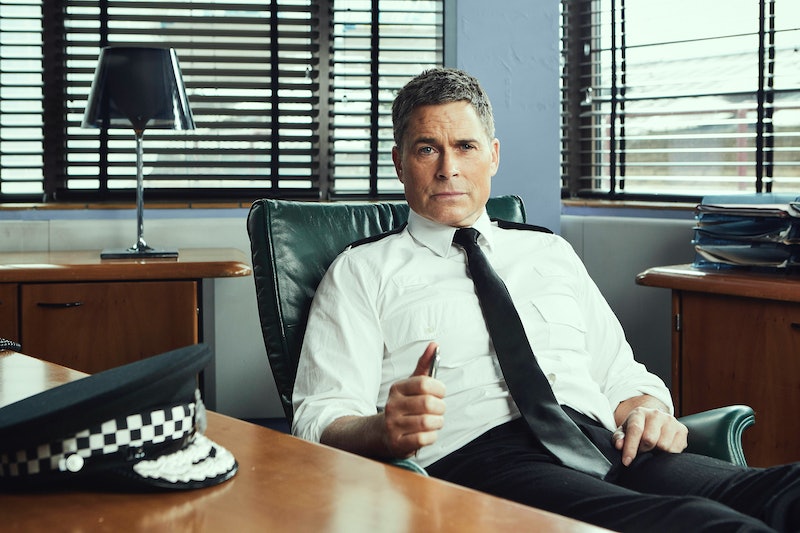 Rob Lowe is back on screens — thank goodness — but not where you'd usually expect to see him. The Hollywood actor is playing the lead role in ITV's new comedy drama Wild Bill, and it's meant that Lowe's had to familiarise himself with one of the UK's lesser known port towns. You'll get to see the ins and outs of it, as Lowe and his squadron of police officers traverse its streets, but where was Wild Bill filmed? If you're not a resident of the midlands town, then it might look a little unfamiliar to outsiders.

Set to premiere on ITV1 at 9 p.m. on Wednesday, June 12, according to the Radio Times, Wild Bill was reportedly filmed in London, as well as Lincolnshire. More specifically, you'll find Lowe and the gang traipsing around the port town of Boston, UK. It's a little different from the Boston in Massachusetts that U.S.-born Lowe might have been more used to.

Explaining why the show runners chose this location for Wild Bill, Lowe told the Radio Times: “The reason it’s Lincolnshire is, at this moment, Lincolnshire is really struggling with issues that nowhere else in the country is and that’s why the writers picked there because in an earlier iteration Bill was in Liverpool!”

The actor himself was pretty pleased with the decision. "I’m not sure it’s ever been depicted on television, and then the notion of bringing someone like me in to do it is even more bizarre," he told the Mirror. He also seemed to get on pretty well with the locals while filming on set, as he revealed some of his favourite Bostonian based memories in an interview with iNews, including the time he was mistaken for the actual Chief Constable of Lincolnshire while out shooting on the streets.

"When I walked through the town market, people were coming up to me," he told the paper, while reminiscing about "a couple of people who said it was the biggest thing to happen in their town since the war.” The reaction may even have surprised the actor, who also told the paper that a big reason why the show was set in Boston, is because it's the so-called "pro-Brexit town in England," given that more than 75% of its population voted to leave the EU, as the BBC reports.

But don't worry — Wild Bill isn't just another reminder of Brexit, and the shambles which surrounds it, it's really the opposite. It's pure Brexit escapism. “Obviously the Brexit statistic was a point of inspiration, but we haven’t set out to make a Brexit drama,” Tim Carter, its executive producer explained to iNews.

Needless to say, the locals are super stoked for the show. Fans and Bostonians have even set up an unofficial Twitter account, to serve as a location guide and companion to the show and Lincolnshire. So, check back soon. I reckon that Boston's tourism will go up quite a bit by the time Wild Bill airs.