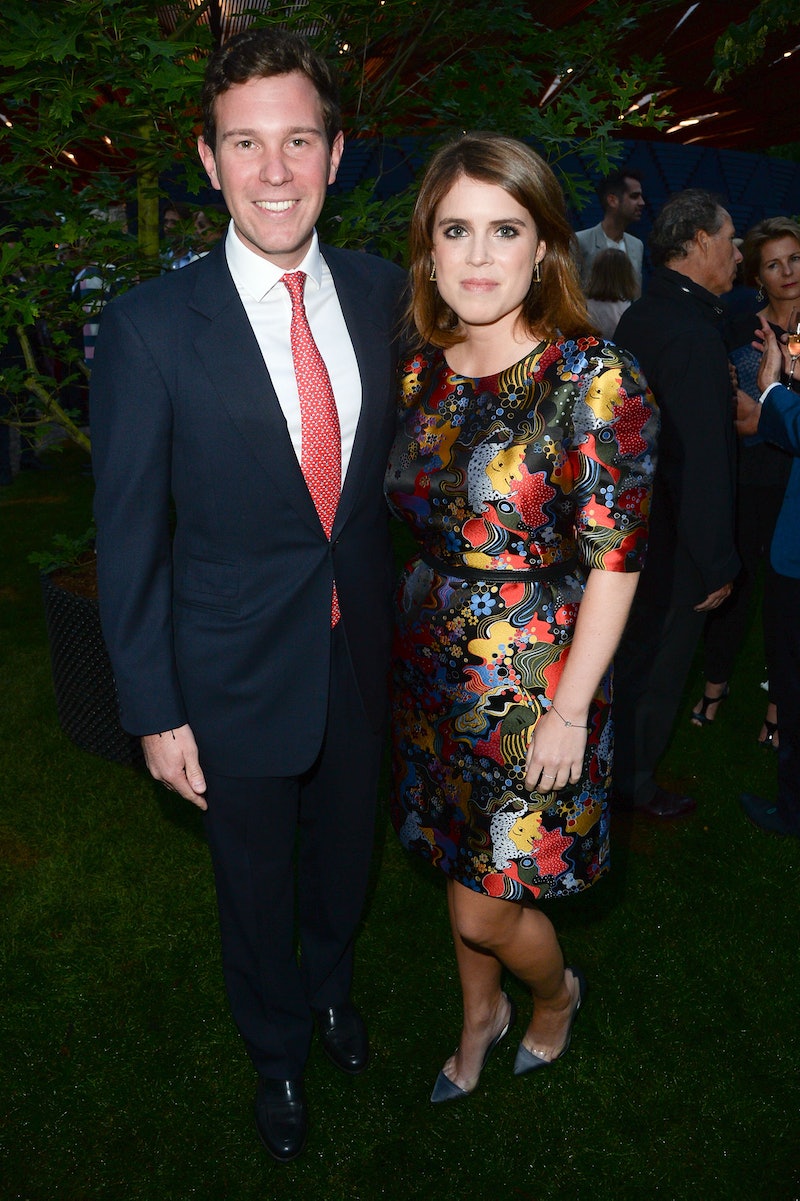 Well, although unconventional for the royals, Eugenie and Brooksbank already do live together — and on royal property. The couple moved in together for the first time just four months ago back in May into a three-bedroom house called Ivy Cottage: one of the apartments in Kensington Palace. Prior to this, Eugenie previously lived with her sister, Princess Beatrice, in St James' Palace. Given that the couple only recenlty moved in, it's pretty safe to assume that this is where they will continue living straight after the wedding.

Kensington Palace also plays host to a number of the royals, most notably Eugenie's cousin Prince Harry and his wife Meghan Markle. The newlyweds live just round the corner at Nottingham Cottage on the royal estate, meaning they are basically neighbours to Eugenie and her soon-to-be husband.

In fact, Town & Country magazine wrote recently that Markle and Eugenie have become quite close and bonded since both moving in.

Eugenie and Brooksbank became engaged in January of this year, while in Nicaragua. The couple's official engagement portrait shows the pair looking completely over the moon. Eugenie's ring, which features a beautiful padparadscha sapphire surrounded by a halo of white diamonds, was designed by the pair together. Opening up about the ring during an appearance on The One Show, Brooksbank said: "What's amazing about [the sapphire] is that it changes colour from every different angle that you look at it, which is what I think of Eugenie. That she changes colour and is just so amazing."

Following the engagement, a spokesperson for Buckingham Palace said the Queen and Duke of Edinburgh were "very pleased and wish the couple all the best."

Eugenie's mother Sarah, Duchess of York, then shared a number of tweets expressing her joy, one with a picture with text overlaid that read: "A total embrace of goodness and joy. We love Jack and I am so excited to have a son, a brother and a best friend. Eugenie is one of the finest people I know and so together it will be pure harmony."

Brooksbank and Eugenie had been together for around seven years before they became engaged. The princess is said to have invited 1,200 members of the public to their wedding and has arranged a promenade in Windsor. It is unclear what kind of dress Eugenie will be wearing, but in an interview with Vogue in the September issue, the bride-to-be revealed she would be wearing a "British-based designer." She also told the magazine that her sister Beatrice would be her Maid of Honour. There's reportedly also a bunch of famous names on the guest list in addition to the royals.

Well, I don't know about you, but I for one can't wait for the big day. Bring on royal wedding 2018 number two.