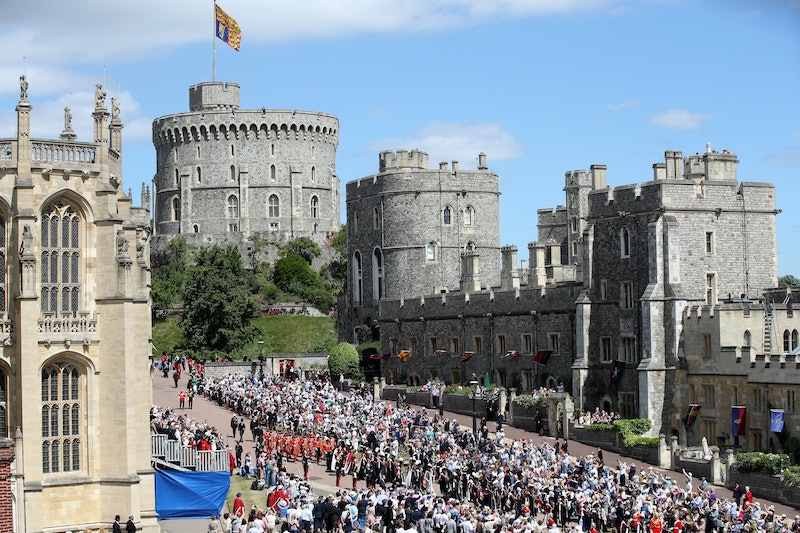 It could turn out to be the very picture of opposing forces: one, the quintessential symbol of grace and tradition, and the other, a brash and unpredictable force whose impulses continually churn the media machine. On July 13, President Donald Trump will meet the queen at Windsor Castle, where the two are expected to engage in a "work visit" rather than a formal state visit, according to PEOPLE.

The plan to visit Britain is long overdue, after more than a year of rainchecks on traveling to the United Kingdom, according to CNBC. The last canceled trip was in January of 2018, when Trump called off his trip to London because he refused to officiate the new U.S. embassy. The president had blamed former President Obama for what Trump believed was a bad deal, tweeting that the former embassy was sold for "peanuts" and moved to an undesirable location in south London, CNBC reported. The decision to move the embassy was actually made by George W. Bush in 2008.

But now, about seven months after that cancellation, Trump is set to meet the queen at the site of Prince Harry's wedding to Meghan Markle. The first lady is expected to accompany him on the visit, according to The Independent.

"He has to see the head of state. Putting his foot on the ground of British soil, it's job one — very, very important, very symbolic," Robert Wood Johnson Johnson said in his interview with Sky News. "Meeting Her Majesty is the most important thing, because she's the head of state, and from there on, it'll be what the president wants to do."

Trump's visit with the queen will not be an official state visit, which typically comes with ceremonial pageantry and a military gun-salute welcome at the Buckingham Palace. State visits are formal visits to the United Kingdom by foreign heads of state, with the goal of bolstering Britain’s relationships with other countries, according to the official website of the British monarch. Only Obama and George W. Bush have ever received the honor of a full British state visit, according to Reuters. The president's time in the United Kingdom will, instead, be a bit more casual; according to PEOPLE, his working visit will go from July 12-14, with a monarch meeting wedged in the middle. It will be the first time Trump has been in the country since taking office.

It's not clear who else from the royal family would meet with President Trump. Neither Downing Street nor a spokesman for the White House had any immediate comment, PEOPLE reported.

A check of the Windsor Castle website shows the July 13 date blocked off and closed to the public, making it even more likely that the grounds are where the monarchy expects to receive Trump. The only other blacked-out dates are October 11-12, when Princess Eugenie’s wedding is scheduled.

Shortly after Trump was inaugurated in January 2017, British Prime Minister Theresa May's congratulatory remarks included an invitation from the queen for Trump and Melania for a state visit. Trump had accepted, according to PEOPLE. But Trump's visit has been delayed time and time again by the threat of heavy protests from the British. A 2017 petition calling on the British government to withdraw its invitation to Trump accrued more than 1.8 million signatures, with many believing that the visit “would cause embarrassment” to the queen. According to The Independent, Trump's presence in July is likely to invite "hostile demonstrations" from Britons outraged with his "inflammatory rhetoric."

With London protests to be expected, perhaps the Windsor Castle location is strategic; after all, the best way to avoid any potentially unpleasant city demonstrations is an escape to the countryside.