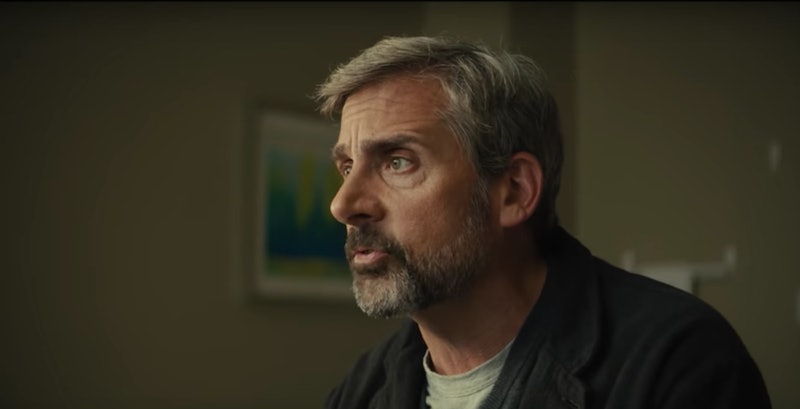 Part of the heartbreak of David Sheff's 2008 memoir Beautiful Boy: A Father's Journey Through His Son's Addiction is reading how Nic Sheff's struggles with drug use hurt not just him, but his entire family. David and Nic's story will soon become a movie. Beautiful Boy, starring Steve Carell and Timothee Chalamet, comes out Oct. 12, and though the film is a time capsule of a painful moment in their family's life, Nic is currently a successful writer who has maintained sobriety for some time. But where is Nic Sheff's family in 2018, and are they also able to look back from a better place?

Warning: This article contains information about addiction, which some may find triggering.

In his more recent post-script to his book Beautiful Boy, Nic's father David talks about the cerebral hemorrhage that landed him in the hospital several years ago. He says the shock of it made him take time to focus on his on his own health, mental and physical. He continues to write on a wide variety of topics — celebrity profiles, architecture, technology, and music just to name a few, per his website. He's written about politics in the past, but lately his work's become more political by nature — following his family's struggle with Nic's methamphetamine addiction, David's work has focused more intensely on drug use, including, as noted in a 2013 New York Times book review, the stigmatization of users, political hurdles to getting resources on the ground, and examining the nature of addiction. As recently as May 2018 he wrote "Trump's War on Drug Users" for USA Today, and he continues to speak out and advocate on behalf of those struggling with addiction and their families.

Nic's mother Vicki (Amy Ryan in the film) was, and is, also a writer who covered high-profile trials including those of OJ Simpson and Scott Peterson for People magazine. As she notes on her personal website, after watching her ex-husband and son talk together on tour for Nic's 2009 book Tweak: Growing Up On Methamphetamines, Vicki experienced a profound revelation. The very next day she checked herself into Al-Anon, whose principals she says she holds herself to today. Also according to her personal site, she's remarried producer Christopher Cahan, and the two currently live in Pacific Palisades, California.

Nic's stepmother Karen Barbour (played by Maura Tierney) is still married to David Sheff. She continues to be an artist whose vibrant, multimedia works are sold in numerous galleries, and are available to view on her personal site. She's also an illustrator who's done work for The New York Times and Ralph Lauren Polo, just to name a few. She's also written and illustrated a number of children's books, according to her HarperCollins author bio.

At one point while he was still using, Nic was forbidden from seeing his younger step-siblings, Jasper and Daisy. In a 2011 article for The Fix, Nic wrote that all he'd wanted was to shield them from the same pain he'd felt growing up, only to realize that his blocking it out with drugs became their source of terror and pain. "In my first book, Tweak, I wrote about the time I got arrested in front of our house. When the Sheriff put the handcuffs on me, Jasper burst into tears and tried to run up to save me, but the Sheriff yelled at him to get away. Afterwards he was inconsolable literally for hours," he said. Eventually Nic was able to build up trust and reach back out to his sister and brother. Judging by their Twitter connection, they've since reconnected and remain in touch.

After seeing the hell this family went through during the events of Beautiful Boy, it's comforting to know Nic and his family are in better places at the present. The movie is open and honest about addiction being an ongoing struggle and will hopefully help other families dealing with similar situations feel less alone.

More like this
At 28, Minnie Driver’s Personal Life Was “Falling Apart”
By Kate Dwyer
What’s New On Netflix: A Victoria Justice Rom-Com & The Return Of David Letterman
By Arya Roshanian
Laura Dern Said “Cultural Awareness” Made Her Rethink This 'Jurassic Park' Fact
By Grace Wehniainen
'Doctor Who’s New Star Is Already Huge On TikTok
By Maxine Harrison
Get Even More From Bustle — Sign Up For The Newsletter