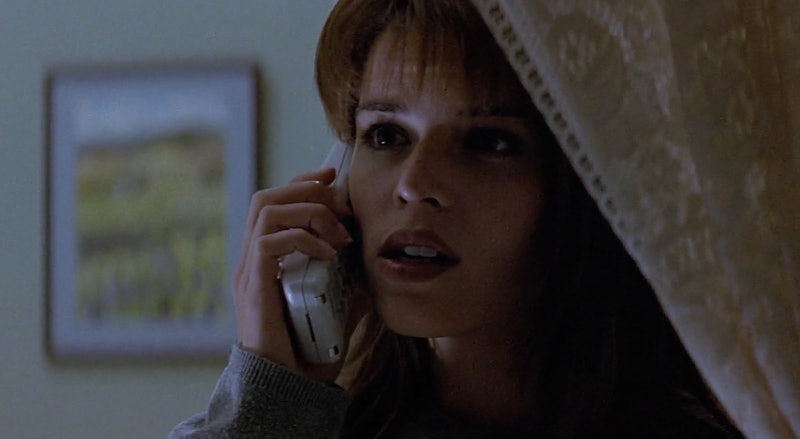 If you watch a lot of horror movies, you know they generally follow a formula. While you might relate to a particular archetype, the character you're most likely to be in a horror movie based on your zodiac sign could determine if you would actually survive the plot of a horror movie IRL. With Halloween 2017 almost upon us, you might be gearing up for a horror-movie marathon. And, you might notice that most horror movies — despite plot differences — tend to have the same cast of characters. There's usually a comedian, a smartypants, the tortured soul, the sport, the cheerleader, the couple, the loner, the nice person everyone likes, the over-confident person (which can also be the jock), the first to go, the survivalist, and the villain.

Now, I know everyone would like to think that they're the smartypants or survivalist who will make it to the end of the film and continue to be the hero through a parade of sequels, however someone has to be the first to go or else the movie would be pretty boring. And, perhaps you don't want the stress of constantly fighting off Michael Myers from Halloween, Jason Voorhees from Friday The 13th, or Freddy Krueger from A Nightmare On Elm Street.

Of the three villains I just mentioned, two of them walk super slow so I don't know why more characters can't out run them, but obviously some of you are going to trip over a tree root, or get trapped in a basement, or not notice that the killer is looming above you because you're busy making out with your BAE.

So, which archetype do you think you are? Here's the character you're most likely to be in a horror movie based on your zodiac sign.