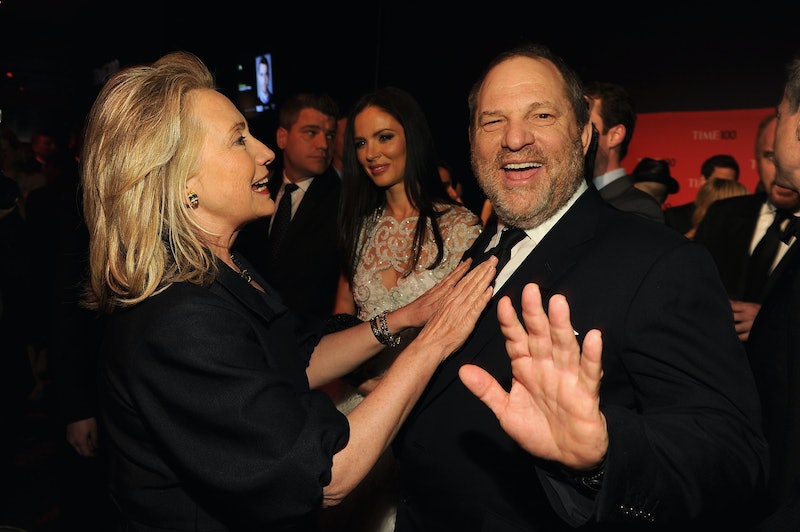 In an effort to distance themselves from American film producer Harvey Weinstein following the news of nearly three decades worth of sexual harassment allegations, several Congressional Democrats have begun to give away donations Weinstein gave to their election campaigns. According to a bombshell report from The New York Times, Weinstein allegedly made numerous inappropriate sexual advances on women who worked for or with him over the span of nearly three decades and reached confidential settlements with at least eight women who had accused him of sexual harassment. Weinstein has denied "many" of the allegations as "patently false" through his lawyer, Lisa Bloom.

So far, at least four Democratic senators have announced plans to donate monetary amounts equal to the campaign contribution they'd earlier received from Weinstein to a charity of their choice. According to The New York Times, Sen. Patrick J. Leahy will reportedly donate $5,600, Sen. Elizabeth Warren will donate $5,000, and Sens. Richard Blumenthal and Martin Heinrich will both reportedly donate $5,400.

In a statement to Variety, a spokeswoman for Sen. Leahy said the legislator would donate Weinstein's contribution to the Change the Story Initiative at the Women's Fund of the Vermont Community Foundation. Sen. Blumenthal reportedly plans to donate the money he'd received from Weinstein to the Connecticut Alliance to End Sexual Violence, the entertainment news magazine has reported. Sens. Heinrich and Warren have not yet announced the specific charities they planned to donate Weinstein's money to. It is believed other Democratic legislators will also find ways to rid themselves of whatever financial donations they'd received from Weinstein as a means of distancing themselves from and disavowing the Hollywood producer.

In the wake of the Times' report the Republican National Committee and several right-wing media outlets have zeroed in on the film producer's ties to various Democratic politicians, pressuring them to unload his campaign contributions.

"During three-decades worth of sexual harassment allegations, Harvey Weinstein lined the pockets of Democrats to the tune of three quarters of a million dollars," RNC Chairwoman Ronna McDaniel said in a statement, according to Variety. "If Democrats and the DNC truly stand up for women like they say they do, then returning this dirty money should be a no brainer."

The Republican-linked political action committee America Rising also urged Democratic legislators to empty their coffers of Weinstein's money. "If the Democratic Party purports itself to be the champion of women, they ought to lead by example in returning or donating the donations received from Harvey Weinstein," America Rising PAC Executive Director Alexandra Smith said in a statement released Thursday.

But Democrats may find it more difficult than they'd like to sever ties with Weinstein. According to the New York Times, the Hollywood film producer has long been a significant contributor and fundraiser for many senior Democratic leaders, including former President Barack Obama and 2016 presidential nominee Hillary Clinton. At one point last year, Weinstein reportedly helped organize a Broadway fundraiser for Clinton's presidential campaign packed with performing artists.

In a report released Thursday, the New York Times alleged Weinstein had made numerous inappropriate sexual advances on women in the workplace over the span of nearly three decades. The report includes disturbing accounts from two women and notes that "dozens of Mr. Weinstein's former and current employees, from assistants to top executives, said they knew of inappropriate conduct while they worked for him."

In a statement to the Times, Weinstein apologized for his behavior and said he'd "realized some time ago that I needed to be a better person." Weinstein, who also denied many of the accusations in a statement released by his lawyer, said he respected women and claimed his interactions with people in the workplace "have changed."