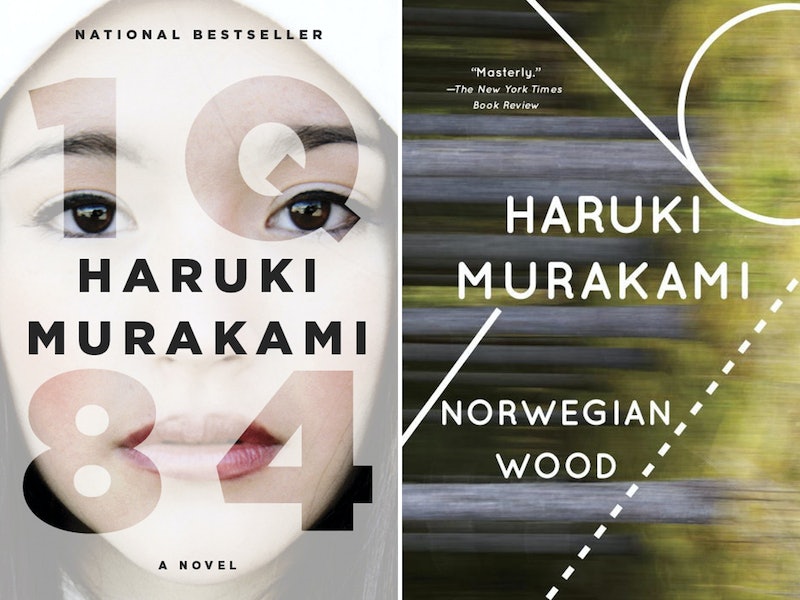 Ah, the age old literary question: "Which Murakami book should I start with?" I've been asked this question many, many times. Even if you haven't read any of Haruki Murakami's work, you've likely heard of him. The Japanese author is a superstar in Japan, an international literary icon, and a perpetual contender for the Nobel Prize. He's published over 20 books, many of which have been translated into English. But as far as which book to read first, here's the thing: the answer really depends on you.

My first Murakami book was The Wind-Up Bird Chronicle, which I'm embarrassed to admit I picked up because a guy I had a crush on recommended it. I had no idea what I was getting myself into. The night I finished, I called him as I paced the sidewalk in front of my dormitory building. I felt like I was bursting with things to say about the book, but I couldn't put my ideas into words. I can only compare the experience to that of waking up from a really intricate dream and then attempting to explain it to someone.

And that's what I think is so great about Murakami's books. You don't have to understand them to be affected by them. They pull you into worlds that have their own logic, and (as in dreams) that logic becomes a part of you. Even his books that don't have any magic in them have a characteristically intimate and ethereal feel to them. It's an incredible experience, that every reader should try.

So, if you haven't read any Murakami and are looking for a good place to start, here's a guide for which book to read first.