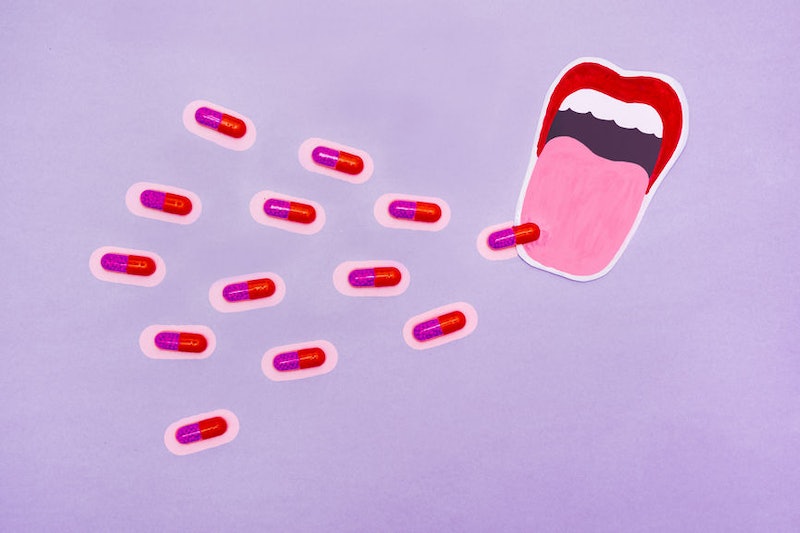 Tackling antibiotic resistance is a matter of real urgency, according to the UK government. At the recent World Economic Forum (WEF), health secretary Matt Hancock announced a five-year action plan stating how the nation will attempt to stop the growth of the problem. This vision includes reducing the number of antibiotics being used by the general population and implementing a new way of funding pharmaceutical research. The issue may not be affecting you right now, but could well do in the future. So which illnesses are likely to become resistant to antibiotics?

Antibiotics help infections by either killing the bacteria responsible or stopping them from reproducing. But some bacteria have developed genes that make them resistant to these methods. (Remember super gonorrhoea?) Over time, these types of bacteria can multiply and spread, further reducing the effectiveness of the antibiotics.

According to the NHS website, the overuse of these drugs is thought to be responsible for the development of hard-to-treat infections and deadly superbugs including MRSA, C. difficile (which can cause diarrhoea and stomach upsets), and certain forms of Tuberculosis.

"Antimicrobial resistance is as big a danger to humanity as climate change or warfare. That's why we need an urgent global response," Hancock said in a WEF speech. "Each and every one of us benefits from antibiotics but we all too easily take them for granted and I shudder at the thought of a world in which their power is diminished."

If the current climate continues, the government states that antibiotic resistance is predicted to kill 10 million people a year by 2050 as well as increasing the danger of common hospital operations. They therefore aim to encourage a 15 percent reduction in human antibiotic use and a 10 percent decrease in drug-resistant infections by 2025.

But how did humanity get here in the first place? As the BBC reports, antibiotics were introduced to mainstream medicine in the 1940s and quickly became known as a "wonder drug". They are designed to treat or prevent certain bacterial infections including urinary tract infections (UTIs), certain sexually transmitted infections, wounds, and even severe cases of acne.

The NHS advises that antibiotics should only be prescribed for conditions that are unlikely to clear up without such help (like severe acne), for conditions that could easily spread to other people (like impetigo or chlamydia), and for conditions that carry the risk of serious complications (like pneumonia). But many people with colds and sore throats still walk out of a doctor's surgery with an antibiotic prescription. As the NHS points out, these illnesses are caused by viruses, rendering antibiotics useless because they are only effective on bacteria.

A BMJ study found that almost a quarter (23 percent) of the antibiotics prescribed to privately insured people in the U.S. were inappropriate. Surprise surprise, these cases mainly revolved around viral or other unresponsive conditions such as colds, coughs, and chest infections. A further 36 percent of antibiotic prescriptions were given to people with issues that sometimes required the assistance of drugs.

This overuse (or misuse in some cases) only contributes to the problem. It also doesn't help that almost three decades has passed since the release of a new form of antibiotic, reports BBC Future.

Antibiotic Research UK states that the lack of new antibiotics could spell disaster for the treatment of some conditions. Currently, over 44,000 people die of sepsis each year in the UK. According to the organisation, many of these deaths are due to "untreatable antibiotic-resistant infections."

It's not just infections in hospital wards that could be affected. In theory, any illness that can successfully be treated by antibiotics could become resistant. The BBC spoke to one woman who has been suffering from a UTI since she was a teenager. Her initial infection didn't respond correctly to antibiotics and has never fully disappeared, leaving her in severe discomfort.

A recent Public Health England report also details that a lack of effective antibiotics could result in an increase in life-threatening infections after cancer treatment and routine operations such as Caesareans. Globally, antibiotic resistance has had a big impact on tuberculosis (TB). 558,000 people were diagnosed with multidrug-resistant TB in 2017, estimates the World Health Organisation, after the condition didn't respond to two of the most powerful first-line drugs.

The new government plan hopes to achieve two things: for existing antibiotics to remain effective via less resistant infections and appropriate prescriptions and for drug companies to invest in the development of new medication. A new payment model is set to be trialled which will pay for drugs based on how valuable they are to the NHS rather than how many are sold. This will hopefully encourage necessary research.

"We need to get to a stage where antibiotics are not seen by patients as a 'catch-all' for every illness, but rather as a serious drug option, usually reserved for when all other treatment options have either failed or been deemed inappropriate," Professor Helen Stokes-Lampard, chair of the Royal College of General Practitioners, said in a statement. "This is a society-wide issue and not something GPs can be held responsible for tackling on their own."

Rather worryingly, evidence that antibiotic resistance can spread through means other than overuse has been found. A new paper in the Environment International journal details how genes linked to antibiotic-resistant superbugs were found in the high Arctic aka one of the most remote locations on the planet.

Experts believe that poor levels of sanitation could be to blame for this particular gene spread which is believed to have originated in India. Unclean water could allow resistant bacteria to breed quickly, entering the bodies of both humans and animals who will then transport it elsewhere.

Of course, it's up to government bodies to implement changes to combat this, but limiting your own antibiotic use to times when it is only strictly necessary may be of some personal benefit.