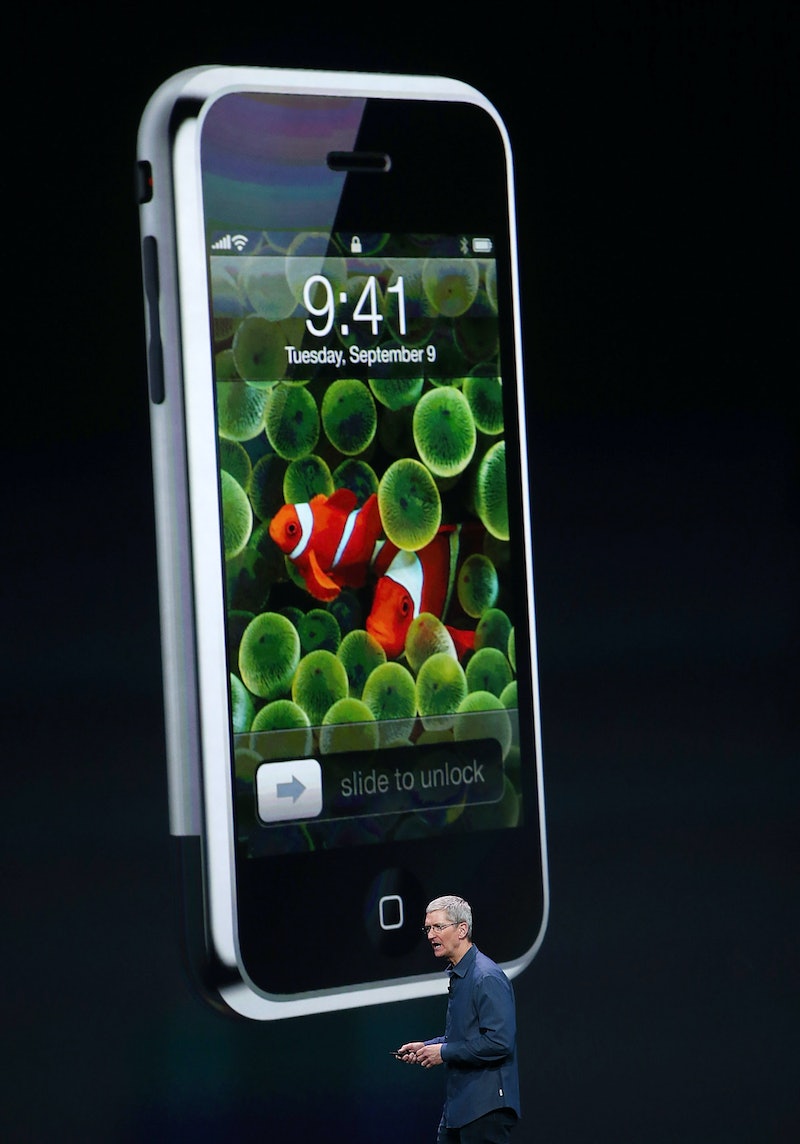 It's new, it's shiny, it has enormous storage capacity... we get it. We want it to. But it's also expensive. As Bustle reported Tuesday,

And even if you think you're only paying $200 for that iPhone 6, if you finance your iPhone for no money down, you’ll still end up shelling out $650 over the course of 20 months. (Or making up the difference with an expensive monthly contract.)

Sure, you'll receive the benefit of having a new iPhone, so that is certainly appealing. But before you spend $500 on the 128GB iPhone 6 Plus, we urge you to stop and think. We’re just saying, before you break down and make a big purchase, it's good to comparison shop. After all, there are some other things you could get for $500. Things like...

A flight from Orlando to Oslo

Because: What else are you doing in Orlando during the off season?

A chance to take the Illinois Bar Exam

Because: Who knows? Maybe watching Law & Order: SVU for 20 hours each week was actually an acceptable law school substitute. You’ll never know until you try!

A bottle of 2006 Henschke Hill of Grace Shiraz

Because: Someone who is knowledgeable about wine told you this was a good idea.

A bottle of Glenfarcas 40 Year scotch

Because: If you’ve been exiled to a twin bed, at least you can feel comfortable and fancy(ish).

Because: You'll look like you're just riding down the street in someone's Pinterest page, only in real life!

An autographed gun from The Walking Dead

Because: Oh, you’re going to not buy an autographed gun from The Walking Dead? Well, la di da, look at you!

Because: You finally finished up "The Role of Capital Markets (Intermediate)"!

A pair of Gucci print sneakers

Because: You’ll have an easy conversation starter for the inevitable day when find yourself trapped in an elevator with Kanye West.

A ride in a tank with two guests

Because: You've run out of other things to do while babysitting your nieces. Shhh, don’t tell Aunt Helen, OK, guys?

Half a night’s stay in the world’s only underwater hotel in Key Largo, Florida

Because: What could be more romantic than staying up all night, wondering how air-tight the windows in this place really are?

A starting deposit in a Roth IRA savings account

Because: Your parents found your Twitter account and now you need to make them believe you are a good, responsible person again.

Because: Now you and your roommate can finally run around the house pretending to be Daft Punk, just like you always wanted!

Because: You can make your boyfriend get involved in some extremely freaky The Vow role-playing.

Olive Garden Never-Ending Pasta Passes for you and four friends

Because: You can have one for every day of the work week.