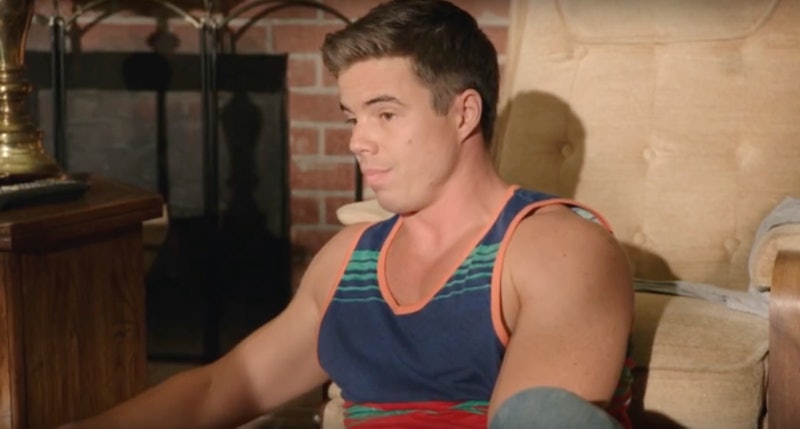 Spoilers for Crazy Ex-Girlfriend Season 2 ahead. This season was an emotional rollercoaster, and that finale, right? So, thank goodness David Hull, who plays White Josh, is now a series regular. Without WhiJo, the world of West Covina would be looking nihilistically dark right now. Rewind a little with me. When we left Rebecca Bunch at the end of the second season, she'd been jilted at the altar by longtime love Josh Chan, had come close to fatally hurting herself, and had been literally pulled back from the edge of a cliff by one thing and one thing alone: the promise of revenge.

We've learned that, despite the ironic opening sequence ("She's the crazy ex-girlfriend" "that's a sexist term"), our titular crazy ex-girlfriend genuinely does suffer from profound mental health issues and that her fixation on her summer-camp boyfriend isn't the first time she's become over-attached. For a series that, on first watch, appears to be about love, sex, and dating, it's broadcasting a bold message: forget finding meaning in another human being and go to therapy more.

While that's a healthy enough message, it doesn't feel very balanced out by positive portrayals of relationships. So, for me, there's one main beacon of hope in the series, and I'm not talking about Karen's love triangle with a prison convict and her snake.

I'm talking, of course, about the couple we've all been rooting for. After all, there were so many factors conspiring against them. There was the fact that Daryl has been in the closet for most of his life and was only inspired to come out as bisexual after discovering his feelings for one of Josh Chan’s closest friends. There’s the huge age gap. There’s the fact that this is Daryl’s first relationship with a man and one who is vastly more experienced than him. There’s the fact that WhiJo goes for older dudes, making Rebecca’s boss feel like he’s just a “type” rather than holding individual appeal for the personal trainer.

And yet, despite all of this, it works. Magically, illogically, just because. Isn’t that, in itself, a perfect definition of love, something that makes no sense on paper, but makes all the sense in the world when it’s actually happening? Unlike the many other failed couples on the show (Josh Chan and Valencia, Rebecca and Greg, Paula and her husband — at least during the infidelity drama), they’re warm, open and supportive of each other. They stay true to their values and they argue, but with the arguments comes resolution.

So, here's to the happy news that we'll be seeing a lot more of West Covina's premiere personal trainer for a while yet. Daryl and WhiJo are the show's one concession to relationships, suggesting that it is possible to be both in love and healthy.