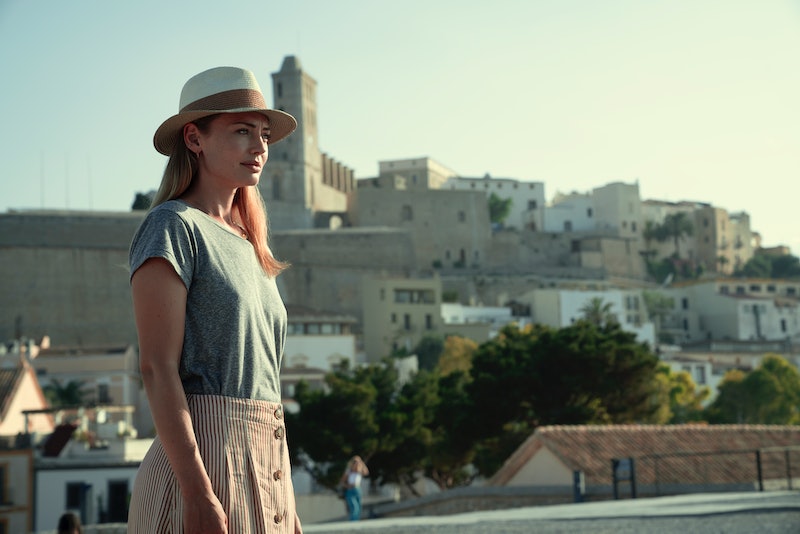 White Lines is a wild ride. It's a fast-paced, hedonistic, drug-laced mystery set against the backdrop of some of the world's most beautiful holiday destinations. The trailer for the Netflix series (which is available to stream now), starts off bold, showing off copious amounts of drugs, blood, sex, and, somewhere amidst that perfect storm, murder. It all feels like something out of an edgy music video, but there's still one burning question: is White Lines based on a true story?

The story focuses on one woman's search for the truth regarding her deceased brother. Zoe (Laura Haddock), travels to Ibiza to search for answers after the body of her missing brother, a famous DJ, turns up in Ibiza 20 years after his disappearance. She sets out to retrace his final steps, diving deeper and deeper into the holiday destination's lurid club scene and her brother's friend group, none of whom she trusts to give her a straight answer about her late brother.

The show seems to promise a great many twists and turns, but as far as true-to-life connections go, there don't appear to be any. Details surrounding the show have remained mum, as have any real-life inspirations. But the creator behind White Lines, Álex Pina, is no stranger to coming up with bombastic stories, either. His work on the thief-focused smash hit Money Heist (or La Casa de Papel) shows that he's more than up for the cllange of creating stories featuring seedy underbellies and unsavory types. White Lines is just the latest project he's working on for Netflix.