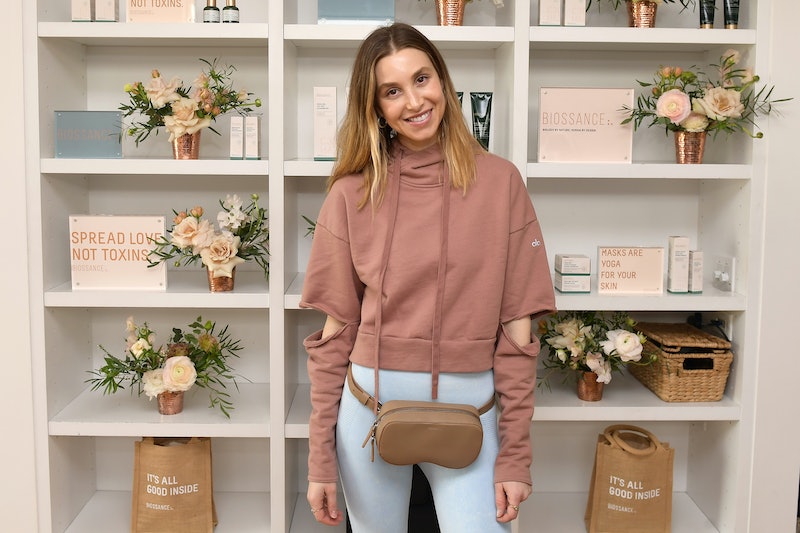 Turns out, Whitney won't always have Paris. Whitney Port revealed that The Hills Paris trip never actually happened. Yes, we're shook, too. Since this officially means Lauren Conrad isn't the only one who's technically "the girl who didn't go to Paris."

In an interview with Vogue in anticipation for The Hills: New Beginnings, a sequel to the original, Port shared the true story behind that infamous Hills moment. You know, the one in which she gets to go to Paris for the summer after her Teen Vogue intern buddy LC chooses to stay behind and hang out with her then-boyfriend Jason Wahler. Well, despite the first season finale ending with Port all packed and ready to go curbside at LAX she never really got on that plane. In fact, she never even went inside the airport.

"That was so ridiculous,” Port told Vogue of shooting that scene and then immediately heading back home. "It wasn’t an ideal situation, but I thought, okay, this is good for me because I really was pursuing a career in fashion. I thought it showed that I was down and determined to do this." Port added that this moment "was very Anne Hathaway" in The Devil Wears Prada. "I got dressed up in an airport look and went for it," she said.

What most people remember from that episode is Conrad not going for it. (LC would finally goes to Paris in a 2008 episode of The Hills.) That decision resulted in one of the greatest burns in reality TV show history courtesy of then-Vogue and Teen Vogue’s West Coast director, Lisa Love. For those who don't remember, Love said, and we quote, “She’ll always be known as the girl who didn’t go to Paris.”

Love's always been known as the one who said it, but she told Vogue she's not actually the one who came up with it. It was actually Anna Wintour herself. “Anna asked me what happened with ‘the girl who didn’t go to Paris,’ and the next time I saw Lauren, I just said it,” Love said: “The writers ran with it.”

It isn't the only thing The Hills writers ran with on the show that wasn't as real as some might have hoped. In an interview with Cosmopolitan, Heidi Montag talked about which Hills fights were fake. “Toward the end of The Hills," Montag explained, "Spencer and I had a lot of scripted fights and things like that."

In the end, though, something that wasn't scripted was Conrad's decision to not go to Paris. Back in 2016, The Hills executive producer Liz Gateley told Entertainment Tonight that Conrad's decision was a point of contention for the crew.

Gately thought it was "the perfect ending, because every girl makes this decision. She thinks she’s in love, and she’s going to spend the rest of her life with this person, and that was the relatable choice." But creator Adam DiVello "wanted to try to convince her to go, and she was adamant that she was not going to pursue an internship in Paris."

This time around The Hills, which now stars Port, Montag, Audrina Patridge and The O.C.''s Mischa Barton, is hoping to give a real(er) look into these women's lives. Let's assume, though, that no one will be going to Paris in this first season either.