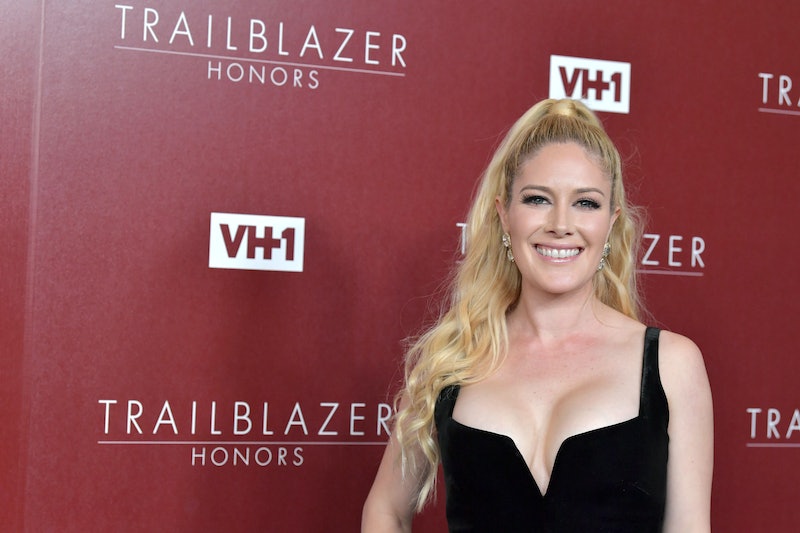 The Hills is ready for a new beginning, but for now, the future of Heidi Montag and Lauren Conrad's friendship is still unwritten. That's because of the infamous Hills fight between Heidi and LC in the Season 3 episode, "You Know What You Did," named after the now famous line Conrad threw at Montag, that aired in 2007. In a new interview with Cosmopolitan, Montag reflected on her Hills fight with Conrad, saying she didn't think it would be the end of their relationship. She also finally revealed which fights on the MTV series were fake. And honestly, her answer might surprise you.

Before MTV's The Hills: New Beginnings, a sequel to the original starring Montag, Audrina Patridge, Whitney Port, and The O.C.'s Mischa Barton, premieres this summer, Montag is spilling the tea about her and Conrad's relationship, which is currently nonexistent. “Sometimes things happen that will change how you feel about people, and sometimes it’s very permanent,” Montag told Cosmo. “I thought with Lauren and me, we would’ve been friends again.”

They are not friends again, and it seems unlikely they will ever be. It still all stems from that Season 3 fight in which a rumor started spreading that Conrad and her then-boyfriend, Jason Wahler, had made a sex tape together. Conrad accused Montag of being the person who spread said rumor, resulting in the whole "you know what you did!" moment. Montag, meanwhile, denied she had anything to do with it.

For those who originally thought that fight was all for the cameras, Montag made it clear to Cosmo it was all very real. And clearly, it had very real consequences on LC and Heidi's friendship. Last year, on the #NoFilter podcast Montag said she'd be "willing to move forward and put things behind us." Unfortunately, she said, "I don’t think [Conrad] would be ever ready for that."

While it was easy to assume that The Hills wasn't actually reality, Montag said that most of her biggest fights on the show were, in fact, real. That blowout Montag had with her mom about her plastic surgery? That was real and it's the only thing Montag would change about her time on the show, according to Cosmo, since it led to an estrangement from her family. Montag and her mom are now on good terms.

As are Montag and her husband Spencer Pratt. In fact, fans who worried about their relationship while watching them on the reality show were actually worried about drama fabricated for the show. “Toward the end of The Hills," Montag explained, "Spencer and I had a lot of scripted fights and things like that."

This time around, it seems The Hills is looking to be as real as possible. And it won't be hard to tap into actual drama since Montag, Patridge, and Port are all moms. Not to mention, they have a past from the last time they were on The Hills, as Barton pointed out to Cosmo. “I was afraid that, obviously, the drama would land on me because I don’t have babies,” Barton said. “But the bulk of the drama comes from the history they have.”

So, if you're looking for drama, The Hills: New Beginnings will definitely have it. And if you believe Montag, most of will be real.