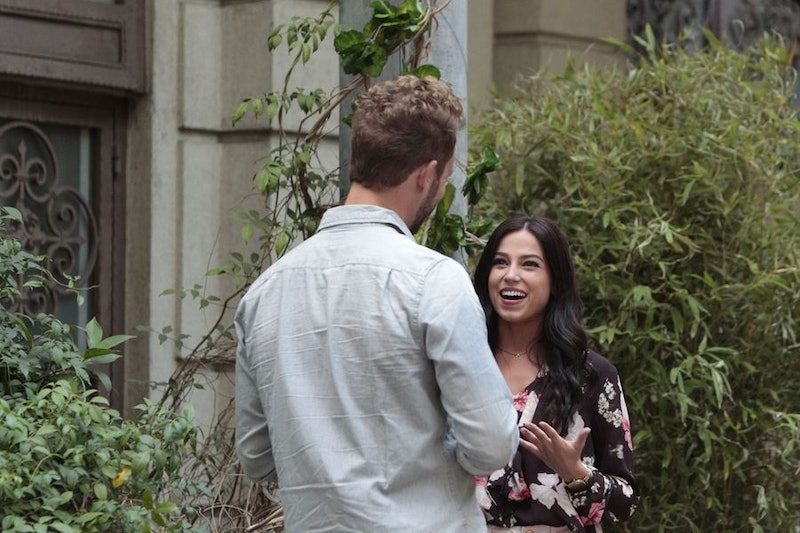 Now that Nick Viall has whittled down his pool of contestants on The Bachelor, we're starting to get to know each woman and her history a little bit better, and on Monday night's episode, it was Kristina's turn to share more about her life. During her one-on-one date with Nick, she mentioned that she is one of four adopted children in her family, and her parents also have four additional biological children. So who are Bachelor star Kristina's parents? They sound awesome — and very busy!

In her Bachelor bio, Kristina spoke very highly about her adoptive parents, saying that they were the people she admired most. She said, "It takes courage to open your heart and home to four orphans and give them a life otherwise unobtainable," and that makes it clear that she's been raised by two pretty incredible people. She also mentioned to Nick during their date that although she grew up in Russia, she is no longer fluent in the language because she's been in America for so long, but that language barrier gets in the way when she tries to talk to her sister who still lives in Russia. It doesn't sound like they're very close these days, but she does have a huge adopted family to lean on.

And as far as Kristina's biological parents go, it sounds like she had a very difficult start to life. She told Nick about how her mom would disappear for long periods of time when she was very young, and often, she didn't have food to eat for days at a time. Once, she got so desperate she ate lipstick. Kristina told Nick that her mom was so mad that she threw her out of the house, and that's how she ended up in an orphanage.

Fortunately, her story has a happy ending. When she was 12, she was adopted into her American family and left Russia, and it seems like she's doing a lot better these days. It was heartbreaking to hear her story, but she's obviously turned into an awesome person who is super strong because of it. Kristina for Bachelorette!