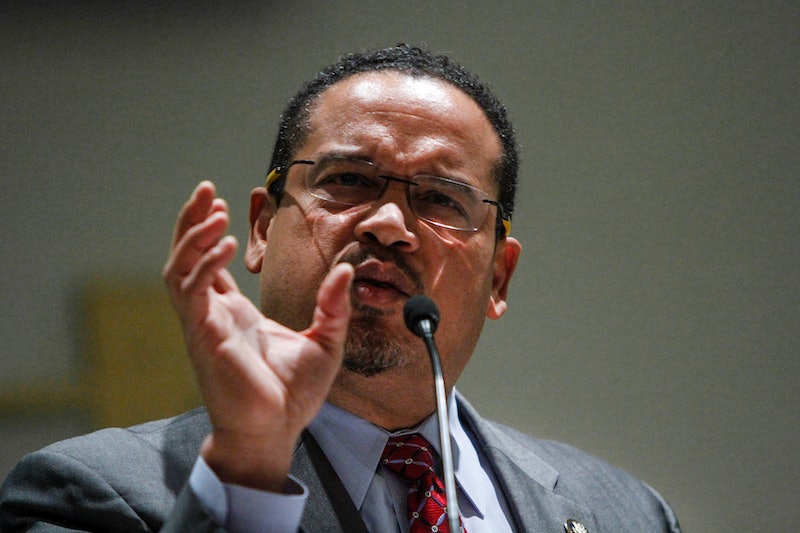 The Democratic Party is looking for its next leader, and what better way to select one than through a debate? The Democratic National Committee chair debate at George Washington University included seven debaters; but who are the DNC chair candidates?

And then you've got your sort of long shot candidates, such as Ohio Air Force veteran Sam Ronan and Wisconsin lawyer Peter Peckarsky. Ronan made a bit of a ripple at the debate when he called the Democratic primary rigged against Sanders, CNN reported. Other candidates refused to answer a similar question about rigging, with former Rock the Vote president Jehmu Greene and Idaho Democratic Party executive director Sally Boynton Brown referring to it as a "gotcha" question.

Greene, who has held multiple positions in both the private and public sectors, including as a political analyst at Fox News, did mention rigging at one point. "Every Democrat and most Americans ... know which election was rigged," she said, referring to allegations that President Donald Trump won the presidency because Russia supposedly rigged the election. Though the FBI and CIA both concluded that Russia allegedly interfered in the U.S. presidential election with the intention of helping Trump win, Russia has denied those claims.

Another candidate, Mayor Pete Buttigieg of South Bend, Indiana, took a different approach to Trump, calling him a "computer virus in the American political system," according to CNN. "Yes, we've got to take the fight to him," Buttigieg said. "But we can't let him dominate our imagination, because it's our values and our candidates that matter." Buttigieg, an officer in the U.S. Navy Reserve, temporarily left office in 2014 to serve in Afghanistan, NPR reported.

The final candidate, Jaime Harrison, is the chair of the South Carolina Democratic Party. During the debate, he pushed back against "purity tests," or Democrats running against each other in states that Trump won during the presidential election. "We have to fight back against the Republicans; we can't fight against each other," Harrison said. Brown echoed this idea, telling NPR, "Ultimately, I think the Democratic Party's job is to save democracy and to be the fighters for freedom. Republicans have been stripping us of our freedoms."

Candidates need 20 signatures from the 447 voting members of the DNC to get on the ballot. To become the DNC chair, a candidate will need to eventually receive 224 votes. We'll have to wait and see which candidate ends up winning.