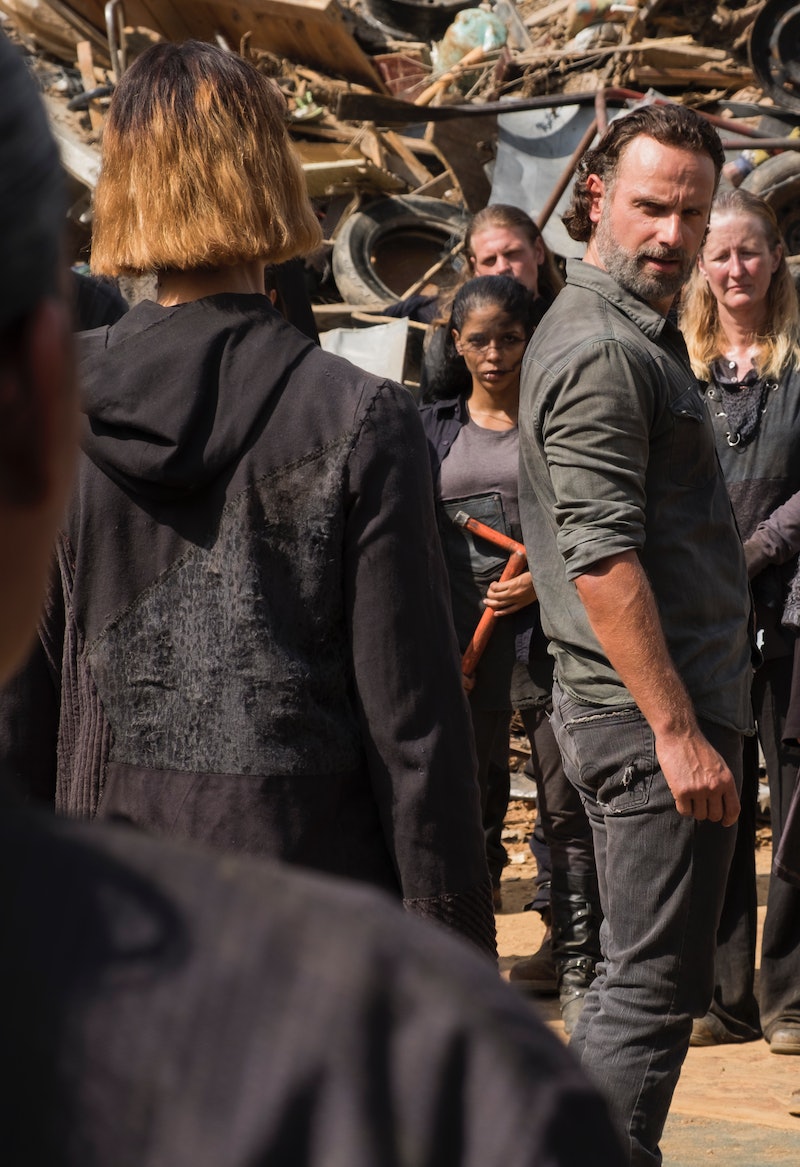 The Walking Dead has only been back for one episode, and our survivors have already stumbled upon and possibly been attacked by a new post-apocalyptic tribe. This group is almost certainly connected to the scout who was spying on them in the midseason finale. Who surrounded the group on The Walking Dead? Why are they so monochromatic? Most importantly, why did Rick smile?

Maybe the sheriff has cracked, and is looking forward to a showdown with some humans that he can win for a change. It didn't look like that kind of smile to me. Those of you hoping for Rick to turn into a supervillain may have to wait. Maybe he's having an existential crisis, and finally laughing at his constant stream of bad luck. If it happened to Arya Stark, it can happen to anyone.

It almost looks like he recognized someone or something about that group, though I can't for the life of me figure out what it is. The group had a lot of women, but it wasn't the all-lady beach community that Tara encountered. They're all wearing blacks and blues like some kind of morbid Divergent faction. Our heroes encountered them while tracking Gabriel past the island paradise that Rick and Aaron discovered earlier in the season.

I don't think these people are The Whisperers, a villainous group from the comics. I honestly don't think they're villains at all, based on that reaction. In an interview with TVLine, executive producer Scott Gimple said that the incoming survivors and their world “is a whole different flavor on the show.” Answers as to their identity will be coming shortly, he promised, adding “I think people will enjoy them. I hope they enjoy them.” Well, we know that Rick seems to be enjoying them already. That's good enough for me.