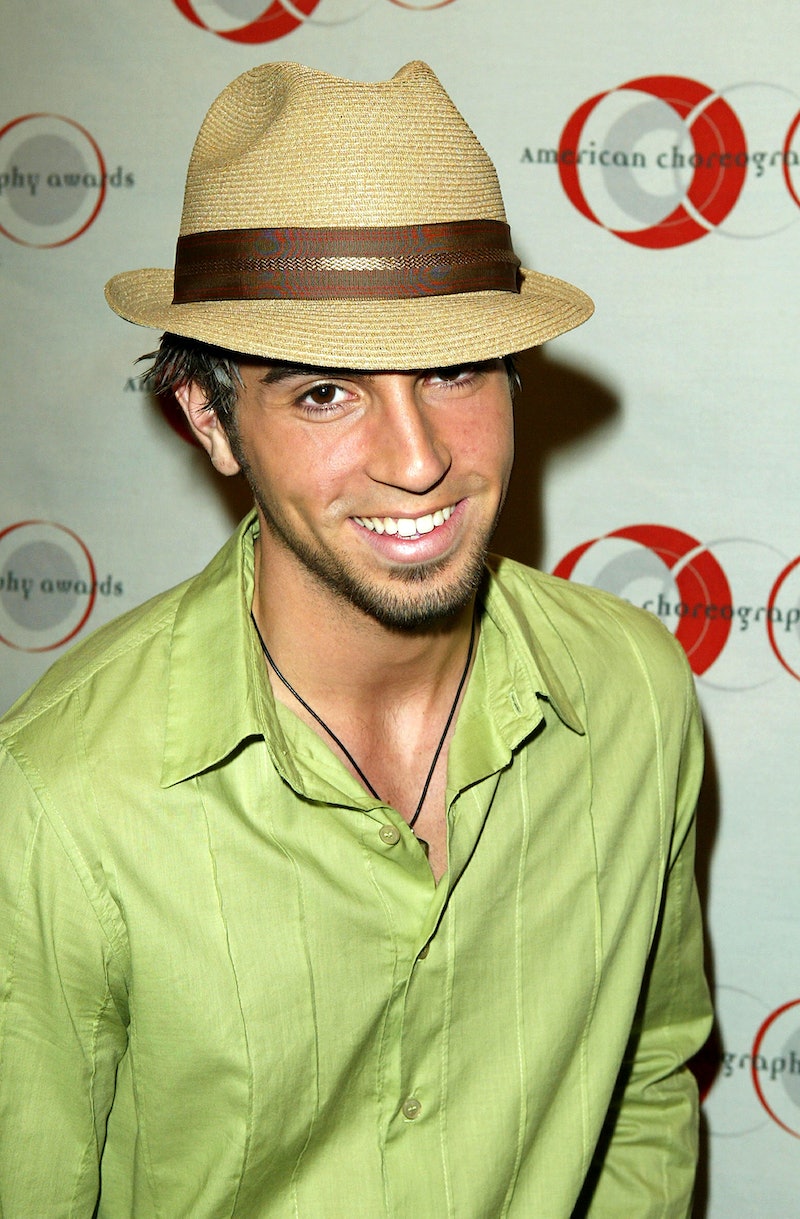 In the new HBO two-part documentary, Leaving Neverland, Wade Robson and James Safechuck allege in detail the years of sexual abuse they endured at the hands of Michael Jackson when they were children. Though the pop star was never charged with any crimes committed against either of the documentary's subjects, he was acquitted in 2005 of molestation charges brought forth by another accuser, per ABC News. Leaving Neverland chronicles the way that Robson's career as a dancer and choreographer's career took off, thanks in part to Jackson's promotion and mentoring. Many viewers may be familiar with Wade Robson as a choreographer who's worked with stars besides Jackson, though he dropped out of the business for a while.

Robson, now 36, was born in Australia, where he won a Michael Jackson dance competition at age five in 1987, according to The Los Angeles Times, then danced with Jackson on stage at his concert the next night, which kicked off a friendship. Two years after winning the competition, Robson and some of his family moved to Los Angeles where he competed on the show Star Search, dancing and lip-synching to MJ's "The Way You Make Me Feel." Robson then began collaborating with Jackson, appearing in the singer's music videos for 1991's "Black or White," then 1992's "Jam," and "Heal the World."

After making a name for himself, Robson began choreographing for some of the biggest names in pop, when he was just a teen. Most notably, Robson choreographed and directed music videos for both Britney Spears and *NSYNC. When he was 16, according to People, he choreographed Spears' first major U.S. tour. Robson also choreographed for Pink, Usher, and Mya, and he even co-wrote the songs "Pop," "Celebrity," "Gone," and "See Right Through You" for *NSYNC's 2001 album, Celebrity. Per his bio on the Broadway Dance Center website, he's also worked with One Direction, Demi Lovato, Aerosmith and David Guetta.

In 2003, Robson even got his own MTV dance competition show called The Wade Robson Project which lasted for a short time.

But it was his collaborations with Spears and *NSYNC that made him famous to the TRL crowd. A 2001 New York Times article credited Robson, then only 18, with "[Engineering] Britney Spears's conversion to womanhood." E! even reported that Robson came up with the idea to have Spears perform with a massive python at the 2001 MTV Video Music Awards, in one of her most famous performances.

One of the most famed music videos that Robson choreographed was likely *NSYNC's "Pop." According to E!, Robson actually stepped in for Joey Fatone as a body double for the dance scenes, after the latter had suffered injuries. The switch was documented in an episode of Making The Video, in which Robson says, "I wanted to do it because whatever I could do to help the guys and make this work..." With his '00s boy-band hair style, he fits right in with the rest of the group.

Robson had a small role in the 2004 dance competition movie, You Got Served, which starred Omarion and Marques Houston, playig himself as the host of a big dance competition alongside Lil' Kim. He choreographed the opening number for 2006's Happy Feet 2, per the L.A. Times. Robson choreographed and served as a guest judge for the show So You Think You Can Dance for Seasons 2-5. In 2007 and 2008, Robson won Emmys for his SYTYCD choreography.

His recent L.A. Times interview reveals that Robson had also planned to direct the film Step Up 4 in 2011, but at that time, his trauma over the alleged abuse he suffered caught up with him. Robson told the outlet that he had "a nervous breakdown." Soon, he left Hollywood to move to Hawaii, where he lives with his wife and child, to seek therapy and heal, as he told the L.A. Times.

As reported by IndieWire, Michael Jackson's estate issued a statement about Leaving Neverland in January, which reads:

In response, HBO released the following statement to The Hollywood Reporter:

"Our plans remain unchanged. The two-part documentary, Leaving Neverland will air as scheduled on Sunday, Mar. 3 and Monday, Mar. 4. Dan Reed is an award-winning filmmaker who has carefully documented these survivors' accounts. People should reserve judgment until they see the film."

Robson returned to dancing in 2017 as a teacher; starting with a completely open class. "About 50 people showed up, many nonprofessional, a real motley crew from all walks of life," he told DanceTeacher.com. "I began the class with 'Let's all sit down. I want to talk to you about why I'm here, where I've been, and what my goal is both for myself and for all of you.' I had a real vulnerable share. I let my guard down and enabled them to drop their shoulders and be vulnerable with me, too. All of us in the room connected so deeply, so quickly." His official personal website includes resources for child abuse survivors.