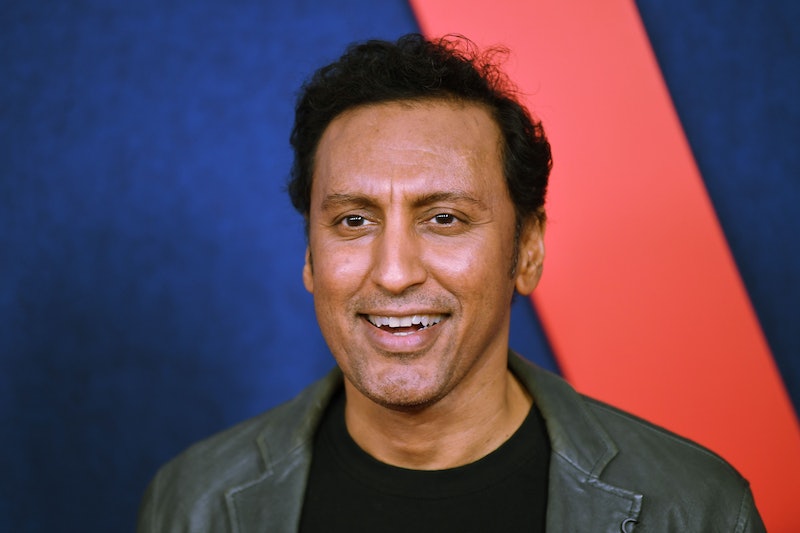 New Channel 4 comedy This Way Up is all about a woman recovering from a nervous breakdown. The show is from the mind of the incredible Irish export Aisling Bea and stars actors like Sharon Horgan and Aasif Mandvi. But who is Aasif Mandvi? Because he looks seriously familiar and I just can't shake it off. OMG guys, it's Montgomery Montgomery!

Yep, fans of the Netflix series A Series Of Unfortunate Events might well recognise Manvi for his role as the absolutely darling Montgomery, or as the poor Baudelaire children knew him, Uncle Monty. Uncle Monty was an expert herpetologist meaning he knew everything there is to know about reptiles.

However, this role is far from his first. Mandvi is very well known as a contributor to the hit political satire show The Daily Show, in which he starred until 2017.

As the Daily Beast reports, the accomplished actor and comedian was born in Mumbai and moved with his family to the UK aged just one. When he was 16, he moved to the U.S. where he studied theatre. He has often incorporated his experience as a Muslim immigrant in the U.S. in his work, as Bustle notes. For example in his hit Sakina's Restaurant, in which he told the hilarious and not so hilarious side of the lives of immigrants in America.

His latest TV role has him back over this side of the pond. He's appearing in Aisling Bea's new show This Way Up as the boyfriend of main character Aine's sister. Speaking to the Eastern Eye about the new series, he praised the way it tackles the topic of mental health.

"I think humour is one of the most effective ways to deal with difficult or painful topics. Audiences want to be told the truth (and) I think an audience can tell if you are just adding a character with mental health problems as a way to make your comedy seem deep, versus where the issue is actually part of the DNA of the show," he explained.

The show follows the life of Aine, played by Bea, in the wake of a nervous breakdown. Aine, who's a teacher has support in the shape of her sister Shona, played by Sharon Horgan, who works in finance. She also seeks solace from her colleagues at work.

Speaking about the show, Bea couldn't contain her excitement. One might say she was about to pop. She told Radio Times that she'd been wanting to create a show with Horgan for a long time. "This show is my baby and I am extremely excited about it. Sharon and I have been trying to make a baby for a few years now and in the last while we've gotten some extra help in and now finally I am pregnant with a show and can’t wait to give birth to it, put it in a pram and show it to everyone. This is a metaphor for making TV by the way, I am not pregnant."

I, for one, can't wait to see this comedy baby come to life.

If you have been affected by any off the issues mentioned in this piece, contact the mental health charity Mind on 0300 123 3393 or visit their website.