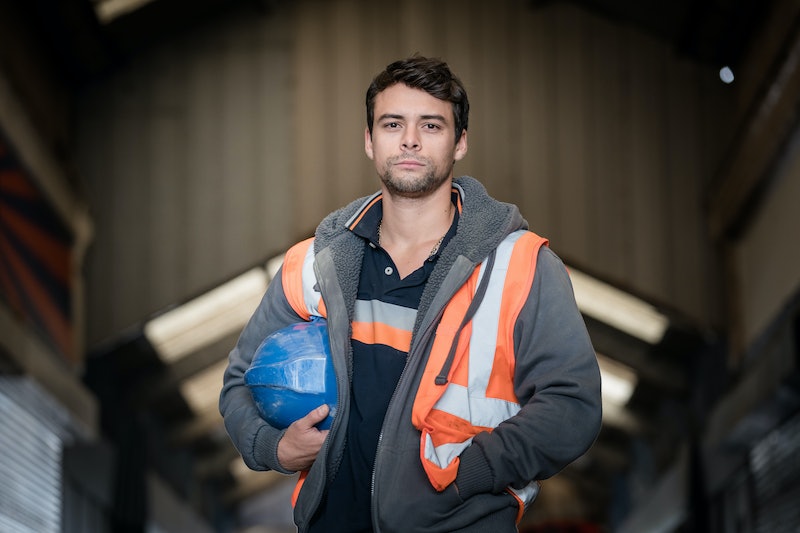 ITV's The Bay has landed on telly schedules, and the six-part drama follows the gripping story of a missing persons investigation with a liaison officer who has a personal connection to the case. The new series is set in the coastal town of Morecambe, and has been compared to other hit crime-dramas including ITV's Broadchurch. The cast of the new series includes Adam Long, Jonas Amrstrong, Morven Chrisite and many more — but who is Adam Long and what else has The Bay actor starred in?

Long is a 21 year-old British actor. According to his agents, Curtis & Brown he has appeared in well-known TV shows such as the BBC crime drama Happy Valley and ITV's Home Fires. The actor also starred as a sub-lieutenant in the Academy Award-winning film, Dunkirk, alongside everyone's fave, Harry Styles. You may also recognise him from the Hulu drama When the Street Lights Go On in which he played Casper Tatum back in 2016, and he has previously had leading roles in other TV projects such as Spike Island, Vera, Waterloo Road, The Thirteenth Tale and Act of Grace. The 21 year-old Brit has also starred in the television series Bancroft, reports the Radio Times, in which he portrayed the character of Joe Bancroft.

Long plays the character of construction worker Vincent in ITV's The Bay, and stars alongside fellow cast-members including Troy and Ripper Street actor, Jonas Armstrong, Coronation Street star Tracie Bennett, and Funny Cow actor Lindsey Coulson. The cast also includes Chanel Cresswell, Louis Greatorex, Taheen Modak and Daniel Ryan. The brains behind the show, screenwriter Daragh Carville, has previously expressed his satisfaction with The Bay's cast. He said in a statement, "I’m beyond proud that this brilliant cast is coming on board to tell the story of The Bay. I can’t wait to welcome them to Morecambe."

Carville has previously explained the thinking behind his decision to base the story in Morecambe, a seaside town in Lancashire, after noticing that certain parts of the UK are often ignored in the television landscape. In an interview with iNews, he said: "A couple of years ago I came across a post doing the rounds on social media. It was a map of the UK made up of TV shows. London was dense with show titles; Glasgow had Taggart, Liverpool had Brookside, Manchester had tons of things. The whole country was covered in drama and comedy except this corner that I happened to live in around the bay," He added "We've captured a lot of the beauty of the place, while at the same time telling a gritty and sometimes dark, story."

In a statement ITV's Head of Drama, Polly Hill, praised Carville's writing efforts on the new series. She said, "It's always a challenge to find a fresh take on crime, but Daragh Carville has written a very real crime story about family and community, which is distinctive, compelling and beautifully crafted."

The Bay currently airs every Wednesday at 9 p.m. on ITV1.