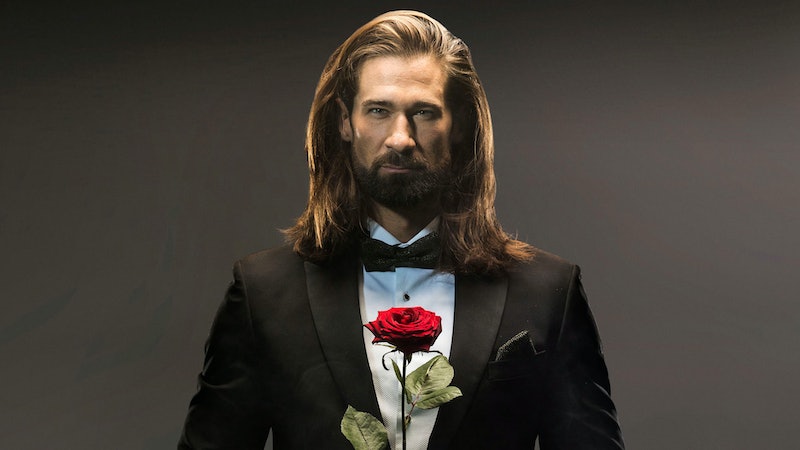 Channel 5 finally revealed who will be the leading man for The Bachelor UK last week (Feb. 13), and now people are desperate to know more about personal trailer Alex Marks. Being the lead on The Bachelor must be a pretty hefty task, especially considering the UK return is so highly anticipated. So who is Alex Marks, and what made him decide to find his true love on television?

Raised in Kent, the 31-year-old personal trainer now owns On Your Marks (O.Y.M.), a fitness studio in South London, the Daily Mail reports. According to the O.Y.M website, the studio strives to help its clients take "a step in the right direction [to] help inspire and radiate confidence." After investing a lot of time into his studio, Marks, who idolises his parents relationship (so cute) is now looking for the "love of his life" according to the Daily Mail.

And what a better place to find the one than on The Bachelor? It seems that Marks is extremely humble and thankful for being given the opportunity to "meet and date these gorgeous women," as he captioned in a recent post on his Instagram.

Talking about his Insta, the man sure knew how to make the most of his time during the filming of the show. From hiking on some magnificent trails in South Africa before the show began to hanging out with presenter Mark Wright, who he fondly referred to as "the King of Essex," the Bacheslor star seems to have had the time of his life. "As cheeky as he can be I learnt a lot from him during my time away," Marks captioned one post. "His love for his gorgeous wife is obvious and he has a huge heart. Couldn't have asked for a better sounding board — little did I know, I was going to need it! Genuinely don't think I could have done it without him." I think I sense a bromance going on, don't you?

So, did Marks find love on the show, or was finding a new BBF enough for him? You'll have to watch to find out. This season of The Bachelor UK is set to be especially interesting, as Marks is the first non-celebrity bachelor for quite some time. The last two featured Made in Chelsea's Spencer Matthews and rugby player Gavin Henson, Cosmopolitan reports.

If you aren't clued up on what The Bachelor actually entails, I'll give you a brief rundown. Basically, it's kind of like Love Island, except there's only one man who will eventually pick "the one" from a group of 17 contestants, The Sun reports. Each week, he'll hand a rose (so romantic) to the women he wants to stay, and whoever doesn't receive one will be eliminated from the show (not so romantic).

And, don't worry, you haven't got long to wait to be introduced to Marks and his potential new soulmate, as The Bachelor UK is set to premiere on March 4 on Channel 5 at 10 p.m. I'd get the popcorn ready now, if I were you.