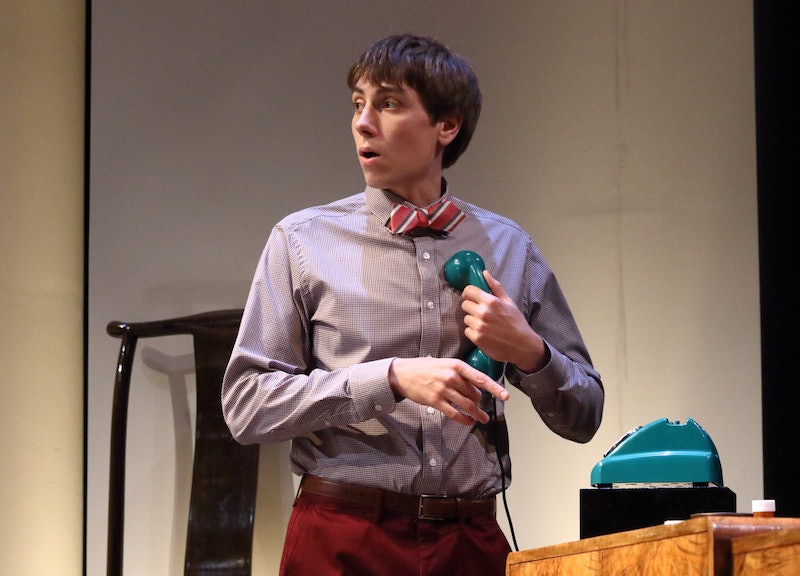 When ITV debuted its psychological thriller A Mother's Son back in 2012, the one-off series was praised for its gripping plot and talented cast of British actors. The tense ITV drama — written by Chris Lamb — follows a mother's dilemma after a schoolgirl is murdered and she suspects her son is involved. The mini-series is resurfaces on ITV tonight at 9pm (April. 20), but who is Alexander Arnold the actor who plays the son Jamie? Here's everything you need to know about the British actor.

Born in Kent, Alexander Arnold was just a teenager when he starred in A Mother's Son. According to his portfolio, the drama was not his first stint in British television and Arnold is no stranger to shows about troubled teens. The National Youth Theatre alumni starred in E4's acclaimed cult classic Skins as metal-head Rich Hardbeck. Not long after, Arnold then went on to cut his teeth in various BBC 'whodunnit?' dramas from Vera to What Remains. The 27-year-old also made his feature debut in Danish western film The Salvation, alongside actors Mads Mikkelsen and Eva Green. And fans of BBC period dramas will recognise him from Poldark, in which he played Jim Carter.

Viewers can watch Arnold in A Mother's Son when ITV shows episode one in the two-part series tonight (April. 20) at 9pm. The second episode will be shown the following evening at the same time. Arnold is plays the floppy haired, moody Jamie whose strange behaviour after a local school-girl is murdered sparks suspicion in his mother. Set in a small town in Suffolk, the drama "tests whether a family can sustain and survive when placed under enormous strain." The series follows Rosie (Hermione Norris) as she tries to put the puzzle pieces together to calm her own suspicions. It has all the trappings of a gripping psychological thriller: mystery, betrayal and deception.

A Mother's Son also stars veteran actor Martin Clunes as Jamie's step-father, and Doctor Who's Paul McGann who plays Rosie's ex-husband David. Lovers of British thrillers will be happy ITV got this one out of the archives.