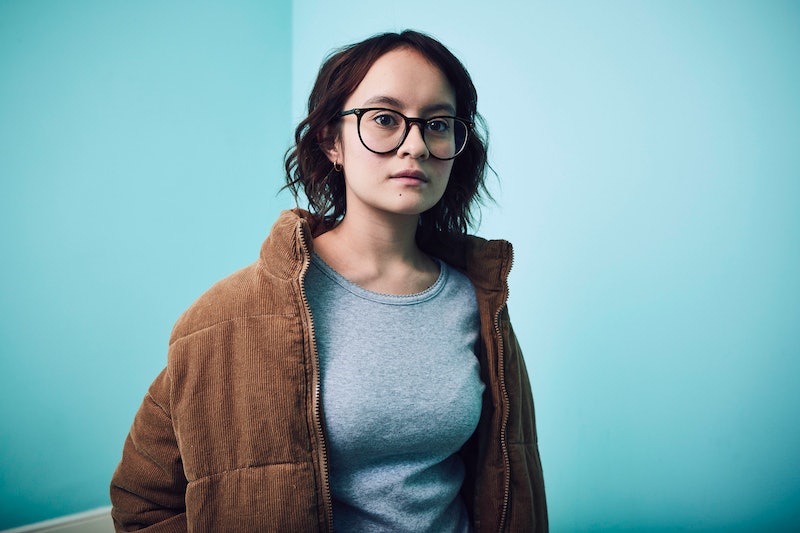 Since the return of a particular reality show last week, it's been increasingly hard to keep up with new (and returning) dramas that are in abundance at the moment. Although, if there's one show that I'm prepared to set Love Island on record for, it's Wild Bill. I mean, an American cop (Bill Hixon) played by Rob Lowe having to acclimatise to a rural British town? Um, yes please. And judging from the trailer, the actor playing his teenage daughter Kelsey is going to be an absolute joy to watch as well. So who is Aloreia Spencer, and what does her role entail?

Described in an ITV press pack sent to Bustle as a 14-year-old "full of attitude" who hides behind "a sardonic sense of humour", it seems that Spencer's character is going to provide a bit of comic relief as well as a bit of grounding for Bill, reminding him of the importance of their father-daughter relationship. "She's in the midst of her awkward teenage years and is emotionally raw, having been left reeling by her mother's sudden death in an accident," ITV details. "Now alone with her Dad, she's beginning to suspect he isn't capable of being the understanding and giving parent she needs — it's make or break time in their relationship."

That sounds like a pretty impressive role for Spencer to undertake, especially since Wild Bill is her screen debut as an actor.

Since Spencer is so new to the scene, there is very little info about her out there, but according to a statement sent to Bustle from her agent, the actor was born in Southern California on July 15, 2001. She has an older sister, Sotera, who is a ballerina.

The statement explained that Aloreia also started to dance at the early age of three and continued performing throughout her entire childhood. She grew up in Santa Barbara, California, before moving to Budapest, Hungary, at age 14 to attend the Hungarian Dance Academy, studying classical ballet. At 16 years old, she then moved to London to begin her A Levels. She has also trained in jazz and contemporary dance, can play the ukulele, is an avid writer and plans to attend St Andrews University in September. Wowza.

You can also find Spencer on Instagram @aloreia.k, and her feed is aesthetically pleasing AF. If you're expecting some BTS sneak peeks of the series, don't get your hopes up as there are only a few. But, there are plenty of cute doggos, beautiful photography, and insights into her life to keep you occupied in the meantime — especially if you can't get enough of her on Wild Bill.

While his daughter is there to remind him of the importance of his life and to ground him, that doesn't stop Bill from being "a blunt, take-no-prisoners police chief who shakes up the Lincolnshire force," as Eleanor Moran and Rory Aitken of production company 42 told ITV.

Described by the duo as "a sharp-witted and original take on the police procedural show which audiences have yet to see in this genre," Wild Bill is definitely one to add to your watchlist.