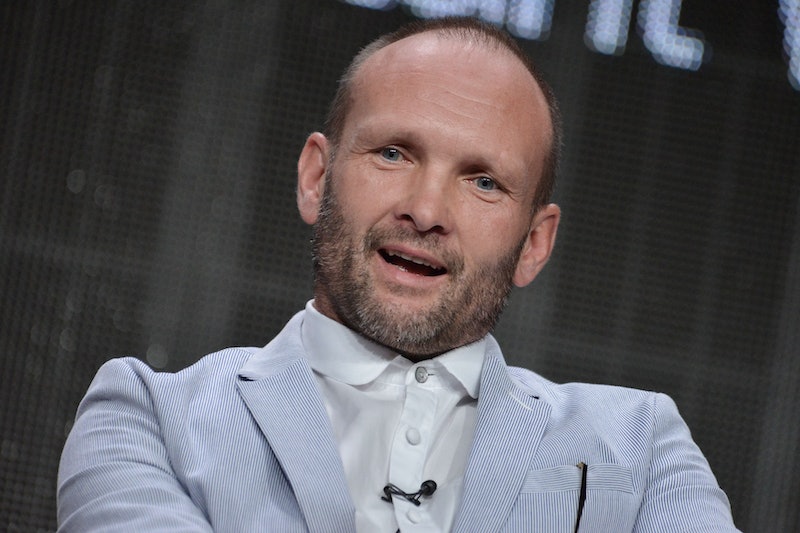 HBO's latest major release will see Alan Moore's Watchmen make its small screen debut, and along with a stellar cast, the classic comic book series has been awarded a new lease of life. The series takes place in an alternative reality, and based in a world where masked vigilantes and superheroes have been outlawed. Playing the role of Red Scare in the new series is actor Andrew Howard, who stars alongside the likes of Don Johnson and Regina King. But who is Andrew Howard? Here's everything you need to know about the Watchmen star.

Andrew Howard is a Welsh actor who boasts an impressive resumé of film, television, and onstage roles. Howard was born in Cardiff, Wales, and now resides in sunny Los Angeles with his wife Sarah Essex. In 2014, he was voted 48th sexiest man in Wales by readers of Wales Online. "He still loves to come home and support his beloved Cardiff City FC," the website writes.

Over the years, Howard has bagged himself some high-profile roles in movies and TV shows such as Taken 3, Limitless, NCIS, Law & Order SVU, Burn Notice, Hell on Wheels, Boardwalk Empire, and many more.

As Wales Online reports, Andrew is also no stranger to the world of theatre, and previously appeared in the London stage production of Clockwork Orange, in which he played the character of violent Moog leader, Alex.

As the Radio Times reports, Howard's latest major role arrives in the form of Red Scare in HBO's revival of the classic comic book series, Watchmen. The Welsh actor is joined in the cast by Regina King, Yahya Abdul-Mateen II, Louis Gossett, and Don Johnson.

Watchmen kicks off in the UK on Monday, Oct. 21 at 9 p.m. on Sky Atlantic and Now TV, and although the first season has only just begun, murmurs of a potential second outing have already started to emerge.

Speaking to Deadline, show writer Damon Lindelof, who was known previously for his work on Lost and The Leftovers, was quizzed on whether a second season of Watchmen is in the pipeline. However, Lindelof went on to reveal that the show's nine episodes were designed to be as "self-contained as the original 12 issues" — which could suggest a Watchmen season 2 is unlikely. Not all hope is lost, however, because the show writer also confirmed this doesn't necessarily rule out another TV run, and later added that "there is a potential promise for the further exploration." So, for now at least, we can focus on what promises to be a thrilling first season of HBO's Watchmen, and I can't wait to see how the original comics have been reimagined in 2019.