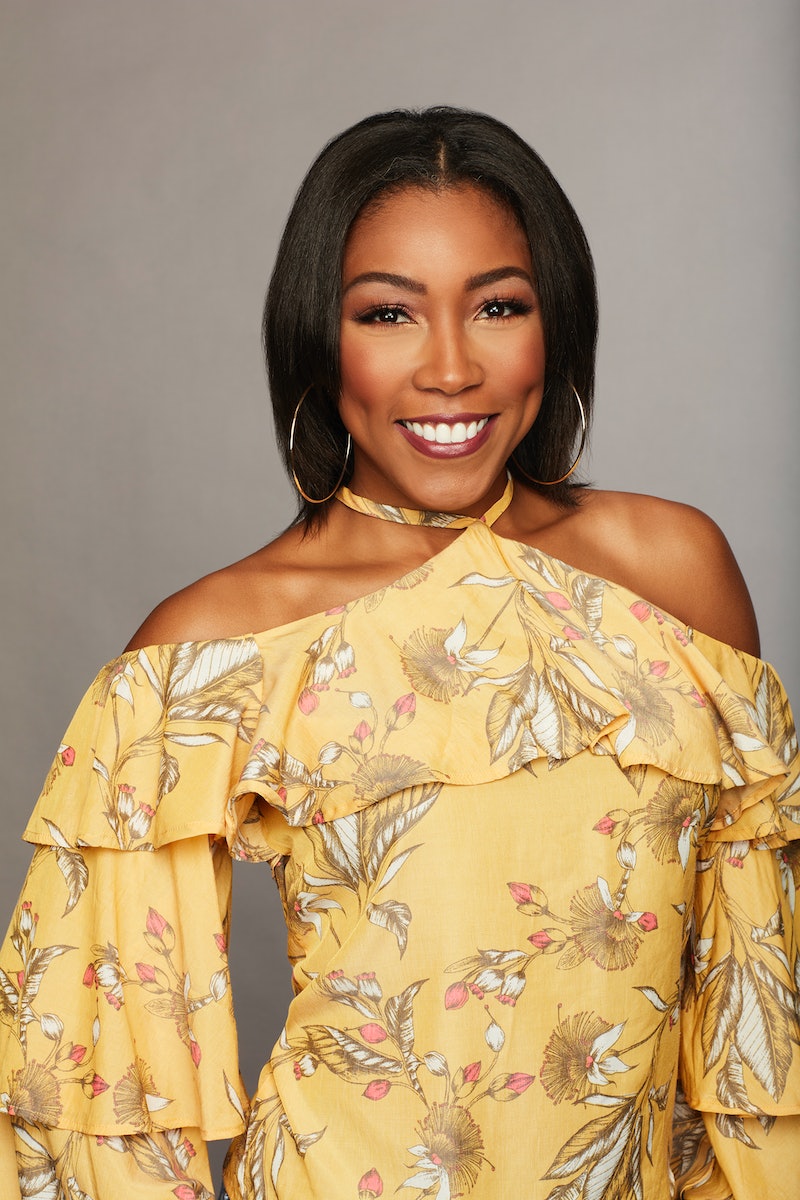 Now that we've all (struggled to) come to the realization that, yes, Colton Underwood is our next bachelor, we can move on to getting to know his 30 potential partners — starting with Angelique from The Bachelor, who seems like a total sweetheart. She's a 28-year-old marketing professional from small-town Hamilton, New Jersey, and according to her official bio for the show, she loves corny jokes. If you watched Colton's season of The Bachelorette, you know he's a fan of that kind of humor too, so they're bound to get along. Another plus? Her favorite TV show is How To Get Away With Murder and her favorite actress is Viola Davis. Who doesn't love Viola Davis?

Although her day job is in marketing, Angelique must have a knack for style, because her bio also says it's always been her dream to own a clothing boutique. For now, though, she might be employed by Inkwell Global Marketing in Manalapan, New Jersey, according to Zoominfo, but that information hasn't been confirmed by an official source. The same page also notes that she has worked as a sales associate for The Republic Clothing Co., Michael Kors, and Nordstrom, which makes sense because it aligns with her love for fashion.

By the looks of her Instagram feed, she does have a chic sense of style, and it began to develop pretty early on in life. Not every little kid can so effortlessly mix patterns and pose with such confidence like she does here:

And her 11-year-old sister is on her way to becoming just as posh. Angelique is likely helping her start early, just like she did. She's a proud big sister and shares pictures of them together often. Most recently, she posted a pic of them by the Christmas tree post-dance competition. Considering their close bond, Angelique's sister is sure to come up as a topic of conversation between her and Colton, so it's a good thing he absolutely adores kids, as we learned on Becca's season of The Bachelorette.

Angelique's official bio also says that if she could have one superpower, she would be able to tell if someone is lying. Now that's a superpower that could probably come in handy on The Bachelor, because it's no secret that the truth sometimes gets lost as everyone gets to know each other.

Unfortunately, she won't be able to take such a practical superpower with her to The Bachelor mansion, but she will be taking her strict intolerance of drama, which is close enough. Just by reading through her Instagram captions, it's easy to tell that Angelique is a mature, confident woman who doesn't have time for anyone's B.S.

She may not have real superpowers, but she may very well be the hero of this season. If some of the other contestants resort to petty drama, like at least one always does, there's a good chance she won't stand for it. And hopefully, neither will Colton.