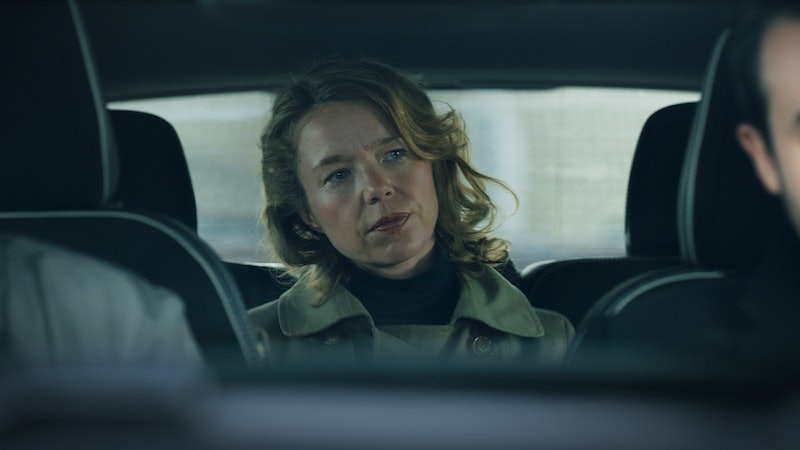 To say that Anna Maxwell Martin has got range would be an understatement. In the last couple of years alone she’s starred on the big and small screen as an exacerbated mum in Motherland, a detective chief superintendent in Line of Duty, and a quirky schoolmistress in The Personal History of David Copperfield. She returns to our screens again at the end of April in a new police comedy on Sky and NOW TV but what else is there to learn about Anna Maxwell Martin? Well, considering she has a career spanning two decades, a hell of a lot.

Anna Maxwell Martin was born in Beverly in Yorkshire and, when speaking to BAFTA back in 2009, the actor revealed that both her parents were scientists. "It’s bizarre; I don’t know where acting came from," she said. "I used to enter singing competitions and I think they thought, ‘Oh God we’ve created a monster.' But they’ve always been encouraging and supportive."

Maxwell Martin studied her craft at the London Academy Of Dramatic Art. She was married to film director Roger Michell but the couple split after 16 years together. The couple have two daughters together and, as speaking to You magazine in April 2020, she said: "I'm definitely not a single working mother. Roger is amazing. I feel incredibly supported. He is great and we also have a brilliant nanny and my mum helps out with the girls, so all is fine."

While you may know her best for her work on TV or film, she’s starred in a number of productions on stage. She’s played Lyra Belacqua in His Dark Materials, Kitty in Consent, Sophie in Honour, Alexandra in the Coast of Utopia, and Irena in Three Sisters all at the National Theatre. Similarly, she’s played more than her fair share of Shakespearean leading ladies as Lady Macbeth in Macbeth and Isabella in Measure for Measure.

One of her first TV appearances was in the BBC’s North & South as Bessie Higgins. However, she’s gone on to star in ITV's The Bletchley Circle as Susan. She also appeared in the BBC adaptation of Death Comes To Pemberley as Elizabeth Darcy and Beelzebub in Good Omens. For the last three years she’s taken on the role of Julia in Motherland. The comedy follows the trials, pressures, and tribulations of modern parenting and how the playground drama rarely just involves the kids.

The incredibly funny series is written by Sharon Horgan and in, an interview with the Guardian, Maxwell Martin said, “It wasn’t about children or about how adults talk to children. It was about adults and didn’t sentimentalise the parent-child relationship. A lot of parenting is really funny and really brutal and really practical. It’s like ‘Quick get in the car for f**k’s sake I’ve got to get to work.’”

As well as building a massive portfolio of work on the small screen, Maxwell Martin has starred in a number of films. She appeared in Philomena as Jane She also starred as Janet in the Alan Partridge Movie and Cassandra Austen in Becoming Jane.

At the end of 2019 she played Mrs Strong in an adaptation of Charles Dickens The Personal History of David Copperfield. While the character in the book is a man she told the Guardian, “Armando has done his thing on it so it’s pretty out there, funny, different. He’s made it ageless and colour-blind – I hate that term, but it works. When you see Dev Patel playing David Copperfield he really is David Copperfield. He has a charm and an innocence about him and I think it’ll be a game-changer.”

In her latest role, Maxwell Martin will star opposite Stephen Graham and Daniel Mays as Kelly in Code 404. On April 29 Code 404 will air on Sky and NOW TV. The series follows best friends DI John Major (played by Daniel Mays) and DI Roy Carver (played by Stephen Graham.) The series starts as Major is shot in the line of duty. Kelly (played by Maxwell Martin) is the wife he leaves behind. However, a year later he returns as an AI version of himself and, as you can imagine, chaos ensues.

This article was originally published on May 4, 2014