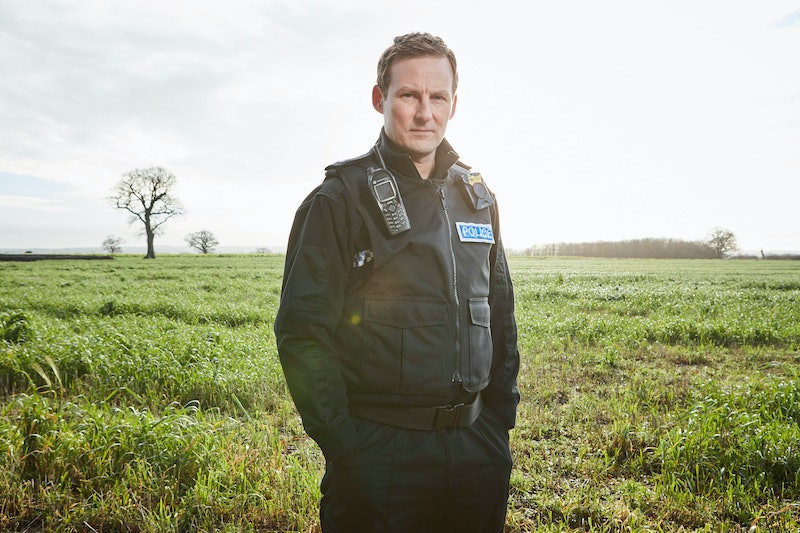 ITV's upcoming cop drama Wild Bill may have a pretty major actor fronting the show, but there are plenty of familiar and equally talented faces that will make this show a total must-watch. One particular actor is definitely someone you'll have seen before, especially if you're a fan of Shameless. So who is Anthony Flanagan, and what else might you have seen him in?

Born in Stockport, Flanagan's career in acting truly began at age 18 when he studied Performing Arts at Oldham College, as described on his official site's bio. However, after unsuccessfully auditioning for drama school, Flanagan put the acting on hold and pursued a career as a joiner and builder. As he told The Guardian in 2007, he planned to join the RAF "but failed the selection process," so he returned to Oldham to study Theatre Arts. Here, he decided to take another crack at drama school in 1997 and was accepted at the Capitol Theatre in Manchester, where he graduated in 2000.

The actor landed his first major breakthrough after he graduated when theatre director Robert Delamere "auditioned him for the lead role in Peter Whelen's A Russian In The Woods at the Royal Shakespeare Company." He immediately secured the role, and the play ended up running for 18 months both in Stratford-upon-Avon and the West End. Unsurprisingly, Flanagan became a sought after actor following this role and was cast in many television roles before landing the role of police officer Tony in the iconic British comedy series Shameless. From there, parts continued to roll Flanagan's way including Doctor Who, Instinct, Silent Witness, Being Human, Cracker, Shetland, and The Crown. You'll have seen him most recently in ITV's Gentleman Jack, where he plays tenant Sam Sowden.

In 2011 Flanagan married fellow actor Rebekah Staton, who'll be a familiar face if you're a fan of Black Mirror (she was Coleen in the first series episode 'The Entire History Of You') and Raised By Wolves, where she plays the hilarious mum-of-six Della Garry. As detailed on Flanagan's official site, the couple lives in Central London with their son.

It looks like Flanagan must have been away from home for quite a while for Wild Bill though, as the series was filmed primarily in Boston, Lincolnshire. "It's interesting because when I was first cast I thought it was a comedy," Flanagan told ITV in a press pack for the show. "It was set in a place where nothing happens. The police station almost felt like The Office. We're in this dilapidated building and we're basically a bunch of coppers who haven't seen any crime," he added. "Suddenly this America guy turns up and people are getting killed in every episode. But as the episodes progress the story becomes darker."

And according to the actor, it seems that Wild Bill combines a variety of genres, so the show differs from similar cop dramas. "Conflict equals drama so the format and the formula for a cop show has so many opportunities for there to be conflict and drama," he explained to ITV. "It's interesting the way it's moved on when you've also got fly-on-the-wall real cop shows like 24 Hours In Police Custody. Those shows must have shifted the axis of police drama and what they have to say."

"You haven't quite got to reinvent it but you have to look at it from a different axis to somehow stand out and keep it fresh."