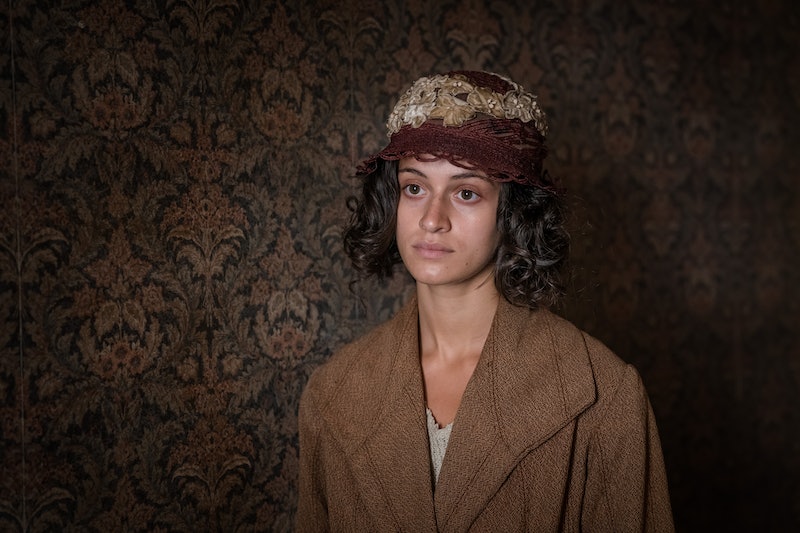 The reimagining of Agatha Christie's The ABC Murders gets underway on BBC One tonight. The adaptation of the classic 1936 novel will run over three consecutive nights, and some of the novelist's most iconic characters are portrayed by an all-star cast, including the likes of Rupert Grint, John Malkovich, and Anya Chalotra - who will play the character of Lily Marbury in the series. But who is The ABC Murders actor Anya Chalotra?

According to the Express, the young British actress is from Wolverhampton, and her first on screen role came in 2018 when she portrayed Jennifer Ashman in the BBC comedy-drama, Wanderlust, alongside Toni Collette. The actress has also appeared on stage, and starred in productions including The Village, which the with her performance described by the Guardian as "[moving] compellingly from strong-willed adolescent to fiery militant."

More recently, Chalotra was announced as an official cast member of the upcoming Netflix series, The Witcher. She will portray the character of Yennefer, and when discussing the casting of Chalotra, The Witcher show-runner, Lauren Schmidt Hissrich, told the Hollywood Reporter: "In casting Anya and Freya ([Allan), the cool thing was we were open to anyone and both of them, to me, embody the spirits of the characters." According to the Express, the selection of Chalotra for this particular role was met with some criticism from fans who suggested the age difference between herself and co-star, Henry Cavill, is inappropriate. However, show-runner Hissrich appeared to shut down these complaints when she stated "We’re looking for the best actors for these roles. Period. End of story. It comes down to the best actor for the role."

As previously reported, Chalotra will star as Lily Marbury in the TV adaptation of Agatha Christie's The ABC Murders. The three-part mini series kicks off tonight at 9 p.m. on BBC One, and the remaining two episodes will air at the same time for the following two days, on Thursday Dec. 27 and Friday Dec. 28, respectively. The series tells the story of Hercule Poirot (Malkovich), who is contacted by a serial killer who tours the country by train, and leaves a copy of the ABC railway guide at the crime scene of each murder. Throughout the investigation, Poirot is humiliated by the police, and taunted by the anonymous killer.

Sarah Phelps, who penned the new BBC series, has previously worked on Agatha Christie TV adaptations for the broadcaster. In recent years, the writer has come under fire from purists who were not too pleased with Phelps' decision to deviate from some original Agatha Christie storylines. As reported by the Radio Times, Phelps dismissed the outrage over her creative changes as "manufactured". She said: "A lot of it feels like manufactured outrage. Seriously, if you’re going to work yourself up into a frothing lather about a television drama, just go and watch BBC Parliament for a couple of minutes. That’ll give you a sense of perspective about what to be really pissed off about."

The ABC Murders starts tonight on BBC One at 9 p.m.