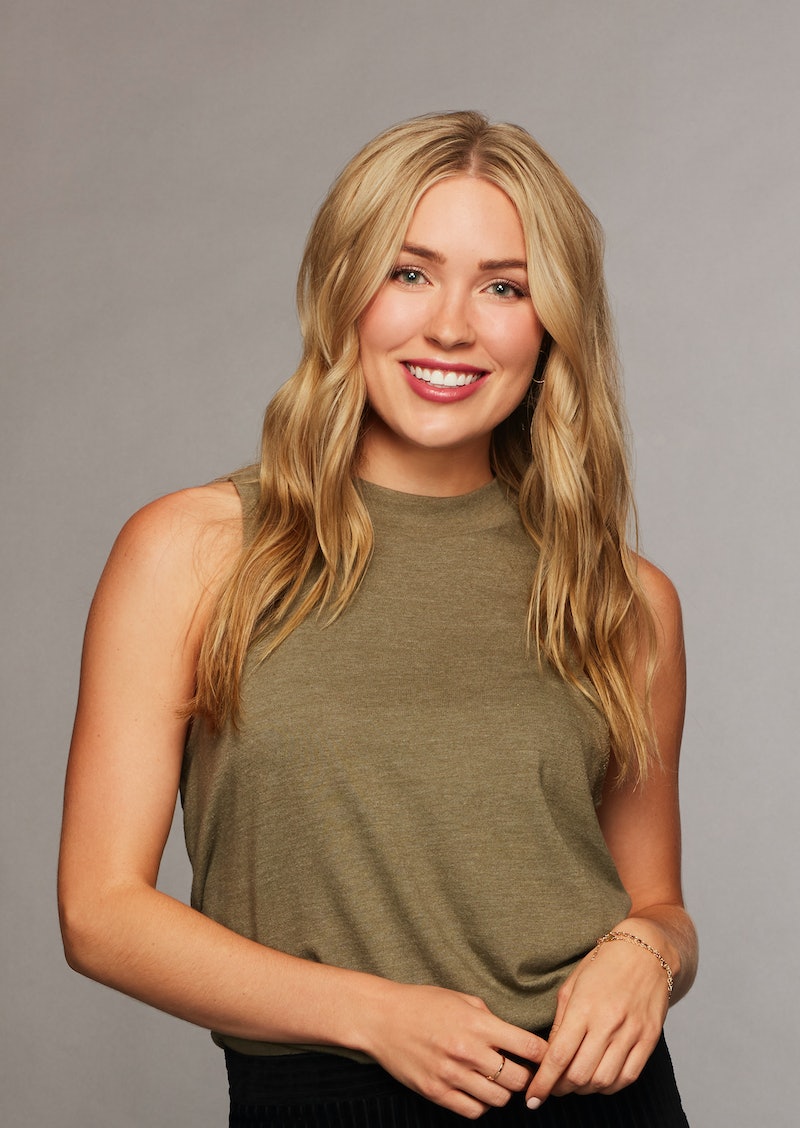 The Bachelor contestant who gave Colton butterflies (literally, he put one in his pocket) on night one is now off to hometowns. There, she will introduce him to her family, one of whom is also her very best friend. Cassie's sister Michelle Rudolph is her other half — at first glance, you'd think they're twins, but Michelle is just a few years younger at 21. They're a dynamic duo who loves to do everything together — including TV, apparently, because Colton's visit wasn't Michelle's first time in front of TV cameras.

She actually knows the cameras quite well as she is a model and actress. In 2017, she starred in a TV movie called House of the Witch, and she also recently had a leading role in the movies A Snow White Christmas and 5 Years Apart.

And while Cassie may still be looking for love, Michelle found it with fellow actor Gregg Sulkin who's known for his parts in The Runaways and Faking It. Sulkin announced their relationship on Instagram in October 2018. You might remember a past relationship of his — he and Bella Thorne announced their breakup in 2016 after dating for over a year, per Us Weekly. Although that was a bummer, it's obvious that he and Michelle are incredibly happy together. They're constantly posting adorable couple selfies on Instagram, and they even went to Vanity Fair's Oscars party together. "Look at my beautiful date!" he said in an Instagram story video. Michelle melted into a smile.

Cassie, being the older sister, seems incredibly happy for Michelle and her boyfriend. During the premiere of A Snow White Christmas, she shared a sappy Instagram post about how proud she was of her little sis. "So proud of you my little twin," she wrote. "Most adorable Snow White I've ever seen ... want to fold you up and keep you in my pocket forever." Although Sulkin wasn't in the photo in person, Cassie tagged him on a Runaways billboard in the distant background, so it appears that the two of them are close enough to joke around. How perfect would it be for Colton to round out their group? Double dates for life.

Long before boyfriends came into the picture, though, Cassie and Michelle were — and still are — partners in crime. They're always posting pictures together, so they never stray far from each other for long. Family seems to be a huge part of Cassie's life, so it will be interesting to see how Colton interacts with them.

Before appearing on TV, the Randolph sisters created a YouTube channel which they called Double Mumble, per Cassie's Instagram. The official account for the channel was tagged in a few of Cassie's Instagram posts, but has since been deleted or disabled. Nothing is available at its link, but thankfully, some preview clips still exist on Cassie's page, like this one that documents their outdoor workouts:

And this one that just features them rambling in their car:

The vlog-style videos are super charming, awkward, and innocent and will make you wish the sisters were still actively posting them. Their YouTube channel, now called The Randolph Sisters, still exists, but there are no available videos to watch. Honestly, Cassie and Michelle are sister goals, and even if Cassie doesn't get the final rose with Colton, it will be a joy to watch her interact with her adorable family during hometowns.