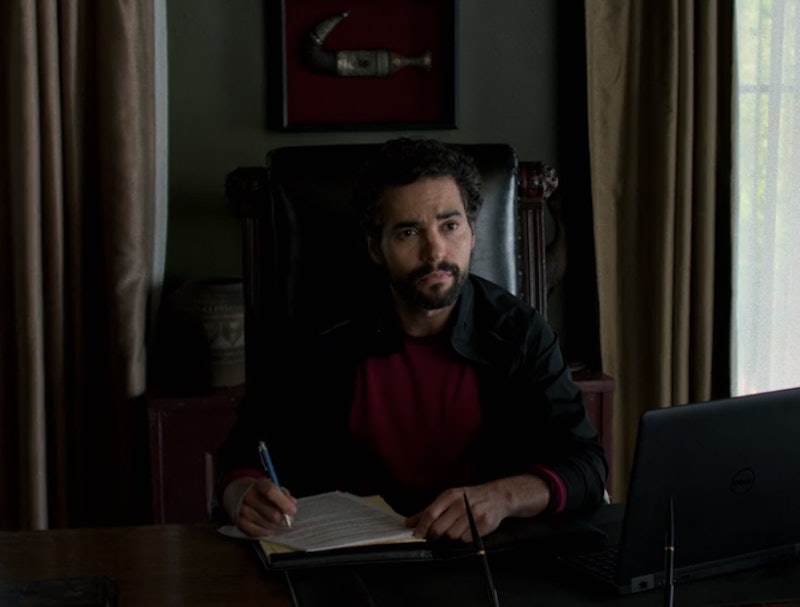 Everyone in Iron Fist is keeping secrets. Danny is hesitant to tell people what really happened while he was missing. Colleen doesn't want to reveal the organization she actually works with. The Meachum family doesn't want anyone to know that Harold is still alive after dying twice. However, the winner of most secrets on Iron Fist is Bakuto, Colleen's sensei. Although he seems to be nothing more than a friendly face when he first arrives, his role increases dramatically in the final stretch of episodes that close out Iron Fist Season 1. Spoilers for Iron Fist ahead.

Anyone familiar with Bakuto's role in Marvel Comics likely saw some of the secrets coming, as both versions of the character are part of The Hand. But he's introduced as a member of the ever-present criminal organization and killed soon after in the Daredevil comics, without ever appearing in an Iron Fist series. On the show, he has a much larger role, as we first hear of Bakuto as Colleen's sensei, who offers her advice as her life grows increasingly complicated. However, it soon becomes clear that Bakuto knows a lot more than he lets on when he is able to instruct Danny on how to properly use the power of the Iron Fist to destroy the poison coursing through Colleen's body.

Bakuto seems like an ally, until he welcomes Danny to his training compound — where Colleen was raised — explains his obsession with the Iron Fist, and reveals that just like his comic book counterpart, he is a member of The Hand. This time, Bakuto is far from the small-potatoes gang member he was in the comics. On Iron Fist, he seems to be an incredibly powerful member of this dangerous organization, one tasked with recruiting and training new members.

Colleen and Bakuto both claim to be working on the good side of The Hand. The two explain that Danny's idea of The Hand has been tainted by those who trained him, and further destroyed by the villainous Madame Gao, who used the power of The Hand to climb the ranks of the heroin distribution industry and run an international drug ring through Rand Enterprises. It seems that Bakuto really is interested in using The Hand's resources for good — until a very interesting business meeting occurs.

The capture of Madame Gao is very exciting news for the twice-resurrected Harold Meachum, who has been under her thumb for over a decade. But when Bakuto shows up to explain that he's taken over for Madame Gao it paints a very sinister picture of a man who, until then, seemed fairly innocent. It also begs the question — how did her get in there, and so quickly? It feels like he has the ability to jump from his compound to the heart of NYC in a matter of minutes. And after he is seemingly killed in Episode 12, his body vanishes. Does Bakuto has more mystical powers than he's letting on?

By Episode 11, Bakuto's true intentions become clear, and he turns Colleen's own students against her when she defies orders. That's the wake-up call she needs to realize that Bakuto's part of The Hand isn't the group of do-gooders she thought.

It seems that everyone in Danny Rand's life, with the exception of the living Marvel through-line that is Claire Temple, is an enemy at one point or another. Anyone who knows that Danny is the Iron Fist is immediately interested in determining how his power can benefit them, and works to manipulate him in their favor. Bakuto may be the most effective manipulator yet, using a calm demeanor and good intentions to get his way until his motives bust through that false exterior.