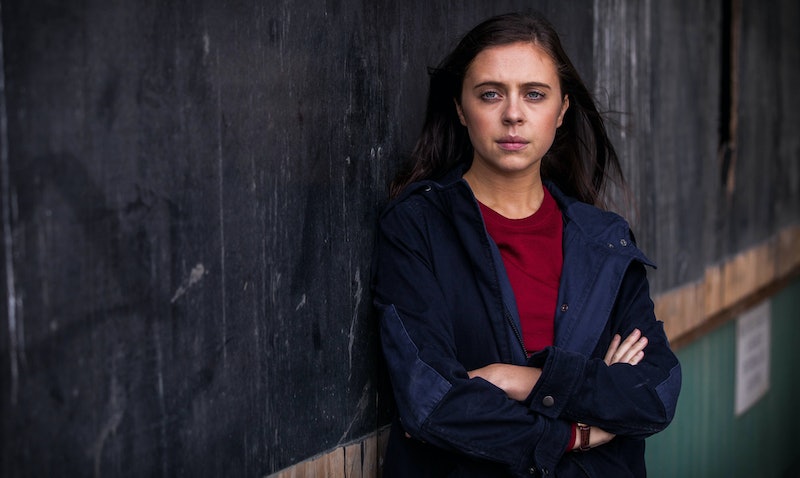 Bel Powley is a name you might not have heard before, but who you'll be hearing a lot from now on. She's one of the faces of BBC's new thriller Informer — a gripping drama about an investigation gone sour. In it, Powley plays a police officer who's bound to win over hearts at home. Her character, Holly Morten works as part of London's elite anti-terrorism squad, and it may well be her true breakout role. So, it looks like we're going to see a lot more of her, but who is Bel Powley?

You may recognise her as Minnie, the main character of the equally sad yet hilarious 2015 film The Diary of A Teenage Girl. Powler was only 22 when she walked viewers through the diary of a precocious teenager, but she seemed to get the critics' attention. In her five star review, film critic for the Guardian, Leslie Felperin, praised Powley for her super strong performance. And you'll get to see for yourself later this month when Informer premieres, but if her previous performances are anything to go by, then it's likely that both you and the critics will be pretty impressed. So, what more is there to know about Powley?

According to The Sun, Powley grew up in Hammersmith, London, and she has some pretty impressive parents. Her dad, Mark Powley is probably best known for playing The Bill's P.C. Melvin, while her mum, Janis Jaffa is a sort of big deal casting director. So, acting was clearly a no-brainer for Powley, and she happens to be really, really good at it too. So good in fact, that she stormed the film awards with her performance in The Diary of A Teenage Girl, scooping herself up several awards and nominations.

At the 2016 Cannes Film Festival, Powley picked up the prestigious Trophée Chopard award, which is awarded to the festival two best actors and actresses every year. She won the gong alongside Star Wars' John Boyega, before picking up the best actress award at the FEST International Film Awards later on in the same year.

So, it's probably fair to say that this one's got some acting chops. Powley's also had some stints across the classic British TV scene, including a few appearances on Benidorm, as well as briefly joining her dad for some episodes of The Bill.

But in Informer, you'll get to know her as "one of a new generation of police officers that make up London’s thin blue line; a millennial who grew up in the age of the internet," according to the BBC, "for her, the war on terror is not a battle, it is a permanent state of being.” She's a "talented officer who came top of her class at training college, she’s assigned as Gabe’s new partner."

Well, it might be a far cry from Benidorm and mischievous teenagers, but it might be the gritty, prestigious drama that can really showcase Powley's talents and take her to the big time.