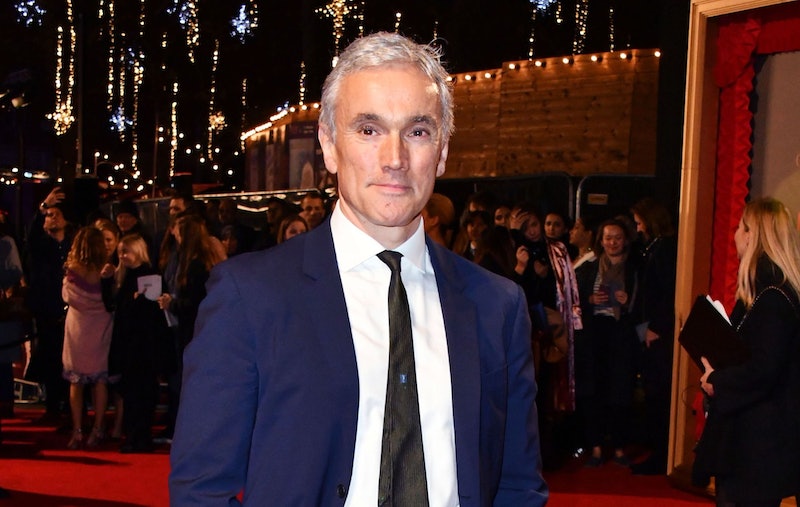 BBC One's The Trial of Christine Keeler is set to portray one of Britain's most shocking political scandals, and centres around a young woman who finds herself in the midst of a 1960s media-storm. The upcoming series boasts an impressive cast, all of whom represent some of the most prominent figures of this fascinating true-story. But who is Ben Miles? Here's everything you need to know about The Trial of Christine Keeler star.

Ben Miles is a British actor who is perhaps best known for his roles in the recent BBC One drama The Capture, BBC Two's Coupling, the big-screen epic V For Vendetta (where he starred alongside Natalie Portman), and Netflix's flagship period drama The Crown as Peter Townsend.

Miles was born in Wimbledon, London, back in 1967, and is married to actor Emily Raymond, with whom he has three children. In addition to his various film and television roles, Miles also boasts an impressive resumé of on-stage performances, having played Thomas Cromwell in 2014 to much critical acclaim. In 2016, he appeared in Sunset at the Villa Thalia at the Dorfman and, most recently, in The Lehman Trilogy at the National Theatre. However, the actor's latest gig brings him back onto the small screen in BBC One's latest factual drama.

Alongside the likes of Sophie Cookson, James Norton, and Emilia Fox, Miles helps lead the cast of The Trial of Christine Keeler as the Prime Minister's Secretary of War, John Profumo. First-look pics of the series show Miles adopting a whole new look for Profumo, with slicked back hair that renders him almost unrecognisable.

The series is based on the story of 19 year-old model, Christine Keeler, who engaged in a brief affair with Profumo in 1961. Revelations of the affair led to a political crisis, which in turn brought on serious repercussions for both the government and everyone involved.

The six-part BBC drama promises to take a "fresh look at one of the most infamous British stories," and was penned by the BAFTA award-winning novelist and screenwriter, Amanda Coe. "The Trial of Christine Keeler takes us behind the headlines to tell a human story about the sexual and cultural politics of one of the most revealing and iconic stories of modern times," the show's bio reads.

The Trial of Christine Keeler airs on Sunday, December 29, at 9 p.m. on BBC One.

More like this
Stephen Graham’s Wife Plays A Vital Role In His Career
By Emma Madden and Sophie McEvoy
The Sean Bean Intimacy Coordinator Controversy, Explained
By Sam Ramsden
At 28, Lesley Manville Was Acting, Picketing, & Singing Kate Bush Songs
By Olivia-Anne Cleary
Nicola Walker’s IRL Husband Is No Stranger To TV Screens
By Darshita Goyal
Get The Very Best Of Bustle/UK