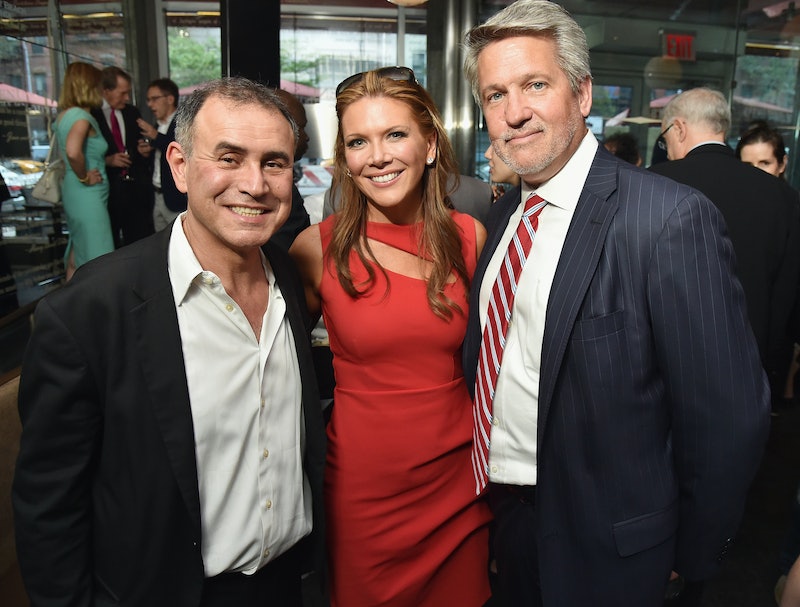 President Trump's White House is becoming notorious for the rate at which staffers are leaving their positions. However, one position may have just been filled. Former Fox News President Bill Shine has reportedly accepted a Trump communications team position, a source told CNN on June 27.

While three other sources have said that Shine was in talks for the communications director position, a position Hope Hicks left in March and one he and the president have discussed twice according to CNN Politics, it's expected that Shine will take on the role of deputy chief of staff in charge of communications.

The White House has neither confirmed nor denied Shine's reported new role within the administration. Most of what is known about his possibly joining the Trump administration comes from different sources close to the situation speaking to different news outlets. Four sources confirmed to NBC News that Shine was supposedly in talks for a senior position within the administration, with three of them saying that the position was for White House communications director and the fourth not specifying what role Shine would take.

Shine resigned from his post as co-president of Fox News last May after being with the network since its beginning in 1996. Jack Abernathy, Shine's co-president, remained in the role and took on the position as CEO of Fox Television Stations.

“This is a significant day for all at FOX News." Rupert Murdoch, who launched Fox News channel, said in a statement. "Bill has played a huge role in building FOX News to its present position as the nation’s biggest and most important cable channel in the history of the industry. His contribution to our channel and our country will resonate for many years.”

Shine was promoted to co-president in 2016 after then CEO Roger Ailes stepped down from his position at the network amid sexual misconduct allegations (which he denied), NBC News reported. When Shine resigned in 2017, CNN reported that he was never accused of harassment himself, but that questions did arise over what he knew of the allegations against Ailes, and if he acted accordingly. Shine denied any wrongdoing in the situation.

Shine's connection to the White House could've stemmed from his friendship with prime-time Fox News host Sean Hannity, who has talked to Trump many times according to CNN Politics. One source told CNN Politics that Hannity had even been suggesting Shine for the position of communications director. The role of communications director, along with other positions within the department, have been difficult to keep up with under the Trump administration. Most recently there have been rumors bearing the possibility of press secretary Sarah Sanders and principal deputy press secretary Raj Shah leaving. Sanders responded to the rumors on Twitter, saying that she loves her job and is honored to work for the president.

Trump's original choice for the position of communications director was Jason Miller, who stepped down before the president was inaugurated. And then there was Mike Dubke who left after three months. Sean Spicer held down the position while at the same time operating as press secretary, becoming a caricature portrayed by Melissa McCarthy on Saturday Night Live. After Spicer came Anthony Scaramucci, who only lasted 10 days in the position. Eventually, the job went to Hope Hicks.

Shine's time at Fox may have aptly prepared him for his new supposed role, but it's unknown yet what responsibilities he could have as the new deputy chief of staff in charge of communications, or how closely he'll be working with the president.

More like this
'Waterloo Road' Is Back, With More Than A Few Familiar Faces
By Sam Ramsden and Vivian Iroanya
Buckingham Palace Aide Resigns Over “Unacceptable” Comments To A Black Guest
By Shahed Ezaydi
Matt Hancock Broke a Major Rule With I’m A Celeb
By El Hunt
What To Know About Martin Bashir After Watching 'The Crown'
By Bustle UK
Get Even More From Bustle — Sign Up For The Newsletter