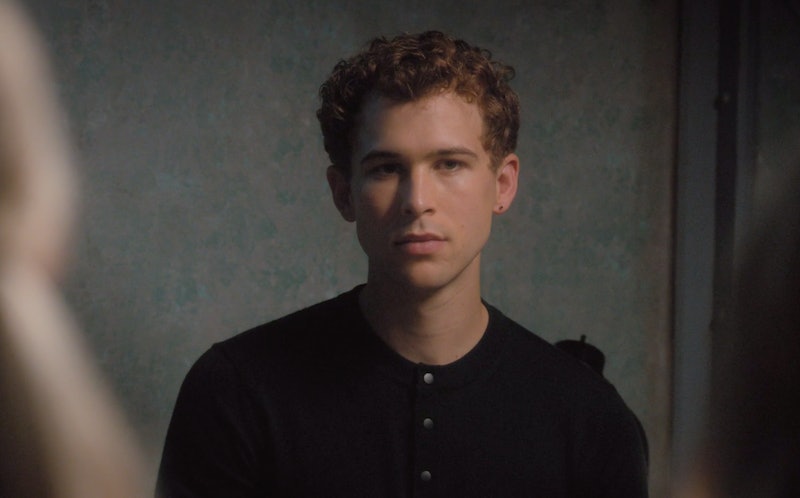 Screenshot via The CW

Spoilers ahead for Jane the Virgin Season 5, Episode 2. Poor Luisa (Yara Martinez) can't stop getting taken for a ride on Jane the Virgin. Not only was she the one who started off this whole kit and caboodle by accidentally artificially inseminating Jane in the pilot, but she keeps getting duped by her evil stepmother/ex-lover Rose (Bridget Regan). And while Rafael's (Justin Baldoni) gullible sister stands her ground in the April 3 episode, that doesn't stop Sin Rostro from getting the better of her anyways, by means of a friendly neighbor named Bobby on Jane the Virgin.

At the end of Episode 2, viewers see Bobby knock on Luisa's door, pie in hand. But as viewers know, he's more than just a friendly neighbor — in Season 5, Episode 1, he was revealed as one of Rose's henchmen, along with six, very tough-looking women. And while we're not sure what their plan is yet, it certainly spells trouble for both the Villanueva and Solano families.

What we do know, however, is that Rose kidnapped Michael (Brett Dier), faking his death and giving him amnesia. Much to Jane's (Gina Rodriguez) utter dismay, her husband is back from the dead and doesn't even remember her. He goes by Jason now, line-dances, hates her frittatas (they need some meat), is no longer a cat person, and can't stop calling her "ma'am." And as we find out this week, it was all because of a silly mistake in a coffee shop.

Luisa visits Rose in prison to ask why she did it, and her ex-girlfriend responds that it was a fluke. "I had my Eileen face on, and I ran into Michael, and my phone fell," Sin Rostro explains. "As we both bent down to pick it up, my mask came unglued just a little. I didn't know if he saw, but he and I were going to be formally introduced later that week, and when he saw me with you, he could have put two-and-two together!"

As a quick refresher, Eileen was a character in Season 3 who killed Scott, Jane's former manager at the Marbella. And while it was the real Eileen who killed Scott, Rose also masqueraded as the blonde, which is the person who Michael saw that day. So just because her Eileen mask slipped a bit, Rose set the whole, dramatic chain of events in motion. And Rose explains that she didn't kill Michael because she promised Luisa she wouldn't kill anymore. While she's momentarily taken in by the grand gesture, Luisa quickly snaps out of it, realizing that Rose has changed the entire trajectory of Jane, Michael, and Rafael's lives just because of a wardrobe malfunction.

And while we don't know who Bobby is yet or what exactly his evil plan entails, it's certainly no coincidence that he knows where Luisa lives (Rafael gave up her location, as viewers may recall) or that she loves pie. However, we can assume that his motivations are evil, since we know who his boss is, so he's likely going to try and convince the impressionable Luisa to go back to Rose.

Furthermore, would it be too wild to theorize that this Montanan Michael is really Bobby in disguise? She's called Sin Rostro, after all, and specializes in masks, so it's not out of the realm of possibility that she'd make her henchmen wear disguises, too. Perhaps that's what these six women were prepping to do? Not to mention the fact that Bobby and Michael have similar hair colors. While this doesn't explain the voice, Rose's henchman would have had ample time to practice his cowboy drawl in the ensuing years after Michael's disappearance.

But whoever Bobby ends up being — really — it promises to be an exciting final season of Jane the Virgin.