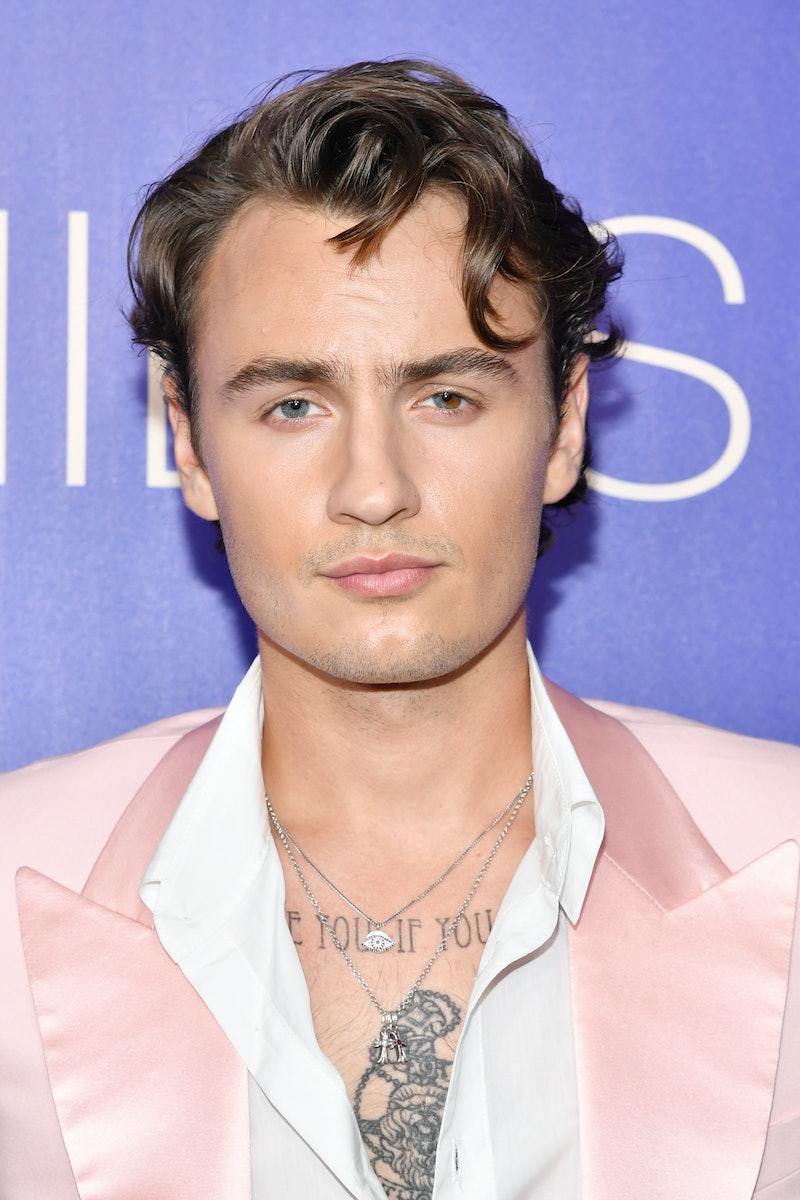 O.G. stars Lauren Conrad and Kristin Cavallari may not be coming back to The Hills for the New Beginnings revival, but MTV is using that as an opportunity to introduce fans to a few new faces. One such new cast member is Hills: New Beginnings star Brandon Thomas Lee, who joins alongside Mischa Barton. Most of us already know Barton from her O.C. days (and the rest of the cast from The Hills' original run). But what about Lee? How did he end up on this show that seemingly has nothing to do with him?

First things first: Brandon is the son of one of the biggest couples of the 1990s: actress Pamela Anderson and Motley Crüe drummer Tommy Lee. And that's exactly why, Brandon told Women's Wear Daily, he didn't even know if he should agree to be on the show. "For the longest time, I never thought I would do anything like this. Because when I was a little baby… I had paparazzi jumping over my fence trying to take photos of me, all this stuff, and it was a lot for a kid. I could not handle it," he explained. This 100% makes sense — paparazzi can be scary for a young kid.

But now, Brandon has new priorities, and he's become more comfortable with the idea of being in the public eye. "I was kind of over being in the backseat, playing away from the public eye," he recently told Us Weekly. "I wanted to show the world what I’ve been up to, and they could see what my life is really like. I feel like I've never really been able to do that. Most people know nothing about me." Brandon also told the outlet that a big-time fight with his dad will probably air, and it looks like his mom is on The Hills, too, per this clip that MTV posted on Instagram:

But enough about Brandon's famous roots. Let's talk about him. According to his IMDb page, he's 23 and an actor, having starred in movies like Sierra Burgess Is A Loser and a TV show called Tales. He's a model, too, because of course he is. He has it in his blood. Brandon is also sober and has been for a few years, which he told Interview is the "best thing that's ever happened" to him. "Ever since I got sober, I just feel like everything's gotten better for me. I've become a better actor. I've become a better worker. I've become a better person," he said.

Brandon is a great addition to the cast of The Hills: New Beginnings because, although he has famous parents, he's still relatively unknown and eager to make a name for himself. All of the other cast members have been around the block once or twice, but he's here trying to prove that he's more than a pretty face and a famous name. See all Brandon has to offer when The Hills returns Monday, June 24.