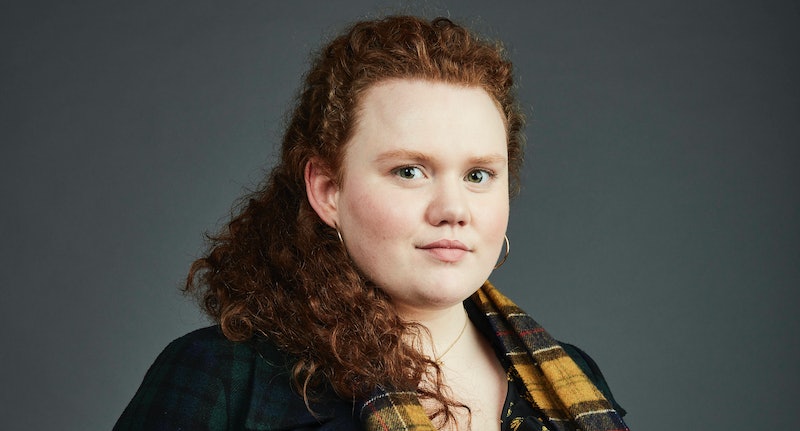 The brand new ITV drama Wild Bill stars Hollywood royalty Rob Lowe as U.S. police officer, Bill Hixon. The series follows Hixon as he relocates to the UK to take on his new job as Chief Constable of the East Lincolnshire Police Force. The cast of the show also includes the likes of Rachael Stirling, Divian Ladwa, and Bronwyn James. But who is Bronwyn James? Here's all you need to know about the Wild Bill star.

According to her official portfolio, Bronwyn James is a British actor who currently resides in London. The Wild Bill star previously studied at the Academy of Live and Recorded Arts (ALRA), where she graduated in 2015 with a Bachelor of Arts degree in acting. According to her ALRA alumni profile, James kicked off her professional career in acting shortly after graduating, and appeared in the stage production of Hangmen at the Wyndam’s Theatre in London. As reported by the Radio Times, the actor has since gone on to star in the 2018 Call the Midwife Christmas special, the TV adaptation of Agatha Christie's The ABC Murders, and played the character of Fanny Lambert in Harlots.

James' latest role can be enjoyed in the ITV drama Wild Bill, in which she stars as DC Muriel Yeardsley — an ambitious local detective who is keen to learn from her new boss, Chief Constable Bill Hixon.

In an interview with The Observer James discussed the show's filming location, and stated that the town of Boston — where the series is based — is "celebrated" throughout the ITV series. She told the publication, "the old church tower pops up in the background. But the most notable thing in the show is all the flat fields, miles and miles of them. It screams Boston, Lincs, to me. If anything, Boston is being celebrated."

Wild Bill centres around the character of Bill Hixon (Rob Lowe), who has recently been named the new Chief Constable of the East Lincolnshire Police Force in Boston. Hixon arrives in the UK along with his teenage daughter Kelsey, however, the local community force Bill to question himself — and leave him wondering whether it's "Boston that needs Bill, or Bill that needs Boston."

During an interview with Digital Spy, Lowe, who is known for his roles on Park and Recreation and The West Wing, revealed that Wild Bill's originality is what drew him to the role. He said, "I've been doing this a long time, and it becomes harder and harder to get people's attention, and to raise their eyebrows, and to do things that people haven't seen. Wild Bill is a totally unnatural fit, by design, and that's what drew me to it when I first read the script." The 55 year-old also went on to reveal that the premature cancellation of his U.S. television projects "one billion percent" inspired him to sign-up to the ITV show.

Wild Bill begins 9 p.m., Wednesday, June 12 on ITV1, and I cannot wait to dive right into this fish-out-of-water story.