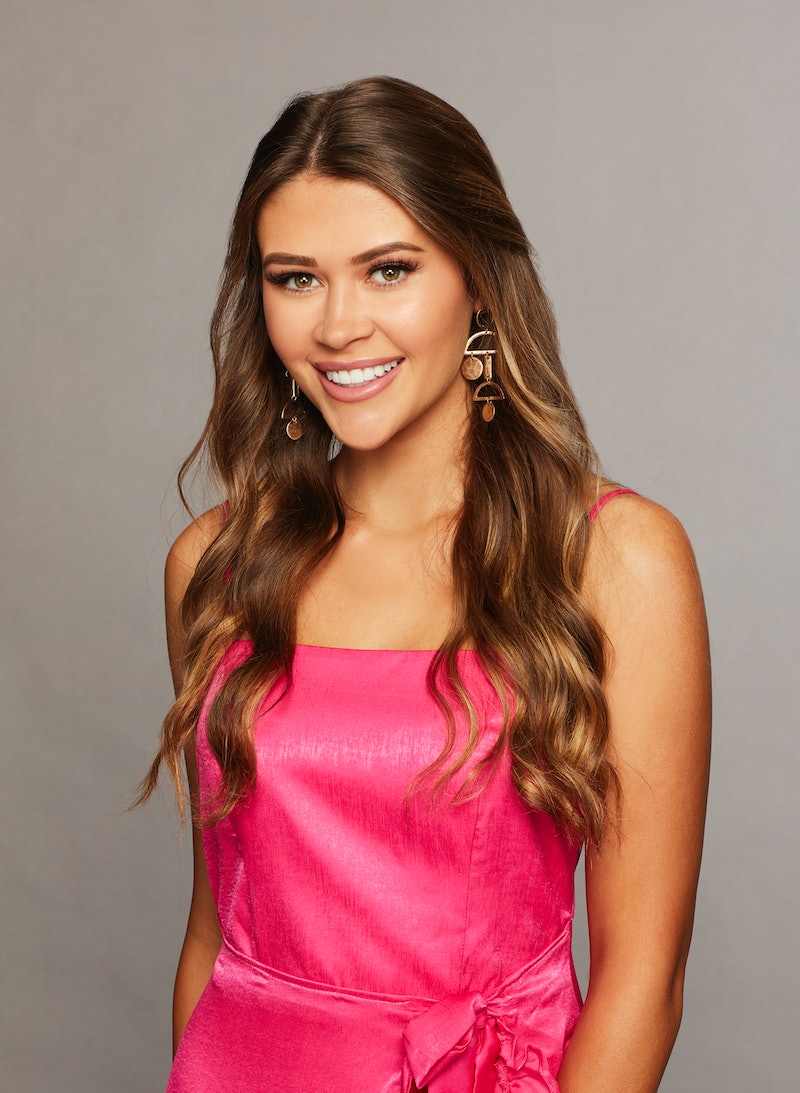 Ready or not, like it or hate it, it's officially the reign of Colton Underwood on ABC. And although The Bachelor Season 23 premieres Monday, Jan. 7, that means fans still have ample time to become acquainted with the women vying for the former football player's heart. There are plenty of impressive prospects this season, including not one, but two beauty queens. One such pageant darling, Caelynn on The Bachelor, was Miss North Carolina 2018.

Caelynn Miller-Keyes is from Asheville and studied broadcast journalism at Virginia Commonwealth University, per the Miss USA website. However, the 23-year-old's bio on the ABC site says that she grew up in Fredericksburg, Virginia and that her current city is Charlotte. Regardless of where she ultimately calls home, it's clear that Caelynn is going to prove to be one to watch on The Bachelor.

Although Caelynn was crowned Miss North Carolina 2018 (competing as Miss Asheville), the competition itself took place in Sept. 2017. She went on to participate in the Miss USA pageant, where she came runner-up to Miss Nebraska. And this wasn't Caelynn's first time in the pageant circuit, previously winning Miss Teen Virginia 2013.

The Bachelor contestant used her platform on both the Miss North Carolina and Miss USA pageants to discuss being a victim of sexual assault.

In a video for Miss USA, Caelynn said she was assaulted her sophomore year of college. "As a survivor, she is a dedicated advocate for sexual assault prevention by speaking to high school and college students about the importance of consent," her Miss USA bio reads. "She has been instrumental in helping victims have voices by changing the Title IX policies to protect college students, having survived more than one attack personally."

Furthermore, Caelynn said during the Miss NC pageant that forgiving her attacker was an empowering moment for her. "That's when I took my power back and was able to fully heal," she said. And when she was asked what she would put on a blank protest sign during Miss USA, Caelynn answered, "Your body, your rights."

It's clear that Caelynn's bravery has resonated with fans. "Every single time I've told my story, at least one survivor has come forward, as well," she said in the same Miss USA video. "This is a huge issue, and I want to be an advocate for those survivors." In addition to being a strong woman herself, the pageant queen has a female trailblazer in her own family: her grandmother, who was the head of the FBI in L.A., per her ABC bio. It's clear that Caelynn looks to her as a role model.

As for her role on The Bachelor, apparently the reality show cut into her role as reigning Miss NC. According to the News & Observer, Caelynn didn't attend the new Miss NC's crowning ceremony, due to the ABC show's filming schedule. Ryan Miles, co-director of the pageant's production company, RPM Productions, told the paper before the ceremony that this was the first time a former winner wouldn't be present to hand off the proverbial baton. That said, he mentioned that there was nothing in the rules saying she couldn't be on The Bachelor. "We were aware she had been cast," he said, referring to the reality show.

Fortunately for The Bachelor fans, it's only a matter of time before they learn whether Caelynn will receive the final rose. Although the pageant queen's got several competitions under her belt, vying for Colton's heart may be her most challenging one yet.