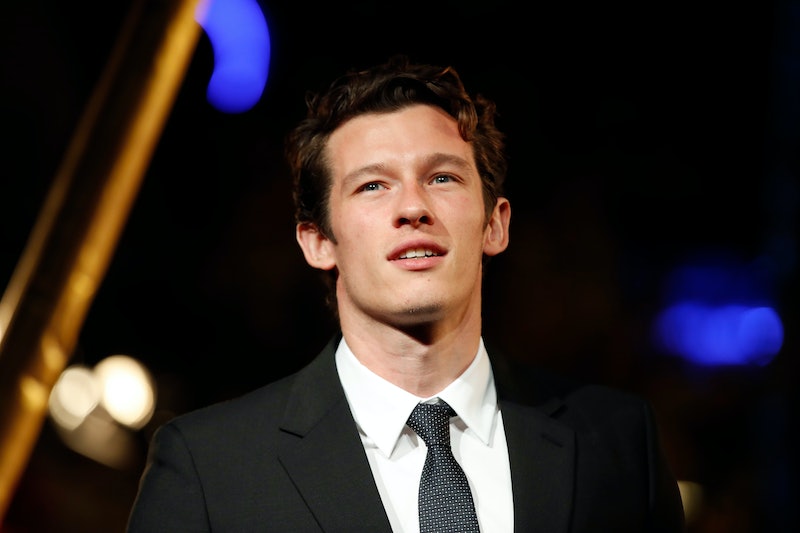 A new hit drama TV show means a heck of a lot of top notch entertainment, drams, excitement, and obsession. And I'm not just talking about the show's plot. Oh no. What about the cast? Hell yes to a whole host of talented, hardworking, and, of course, hot AF actors. Not that it makes a show but hey, it's always nice to have something lovely to look at, and the BBC's new show The Capture isn't scrimping on the talent OR hotness side of things. So who is leading man Callum Turner? Because I feel like I might have fallen under his spell once before?

Well guys, Turner is an English model and actor and I'll bet you all of the gold in Gringott's bank that you recognise him from Fantastic Beasts: The Crimes Of Grindlewald. I know, I know. I squealed too. He played Newt's brother Theseus Scamander. Iconic.

And, besides that magical movie, he has also starred in The Borgias, War & Peace, and Ripper Street. So it's safe to say this man knows his way around a movie or TV set, am I right?

But, you guys things, could have actually been a lot different for the star. Don't get me wrong, you'd probably still be crushing on him, but in an entirely different industry.

Turner revealed in an interview with Hero in 2018 that his original plan was more towards the sporting world, as a footballer, but that he didn't quite fit the bill. As he explained:

"I played for a semipro team when I was 16, 17. We were good for our level and we got quite far in the FA Youth Cup but actually I wasn't consistent enough to be… you know, I’m not an athlete, those guys that play… I just loved it man, I loved being part of a team, I loved having responsibility."

OMG, can you imagine? I mean I'd definitely tune in to watch this man kick a ball around, but it's far more fun to see him in fancy costumes and high-stress situations, like the one in BBC's The Capture.

Playing solider Shaun Emery, who is exonerated from a murder conviction, only to be charged a second time for a different case, Turner stars opposite Holliday Grainger in The Capture.

Having only had a short time back with his normal life and his daughter, Emery is utterly incensed to be wanted once again. He suddenly finds himself fighting for his innocence all over again. It's a story of surveillance, fake news, injustice, justice, and not knowing who to trust.

Speaking about the role to the BBC, Turner couldn't hide how much he loved playing such a tough customer:

The series is in six parts and has more twists and turns than a B road in the back end of nowhere. Yes, I'm already hoked too.

Watch The Capture on BBC One from Tuesday Sept. 3 at 9p.m.

More like this
Stephen Graham’s Wife Plays A Vital Role In His Career
By Emma Madden and Sophie McEvoy
The Sean Bean Intimacy Coordinator Controversy, Explained
By Sam Ramsden
At 28, Lesley Manville Was Acting, Picketing, & Singing Kate Bush Songs
By Olivia-Anne Cleary
Prince Charles Revealed What He *Really* Thinks Of 'The Crown'
By Sam Ramsden
Get The Very Best Of Bustle/UK