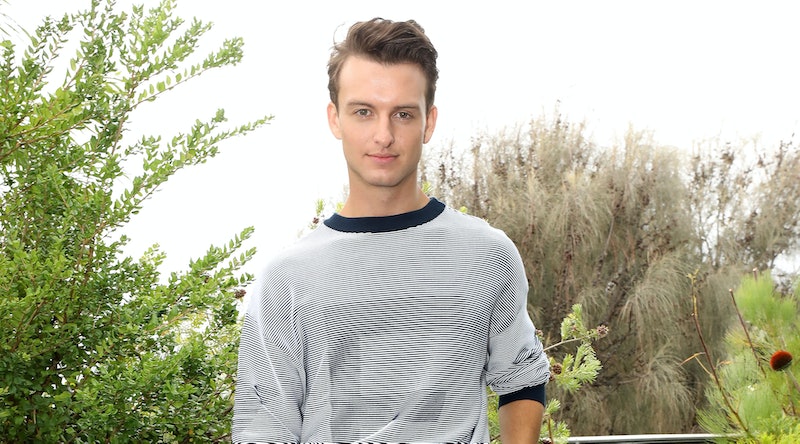 Sibling bonds are very strong and it looks like it's no different in the realm of Hollywood. I mean, just look at the Hemsworths — three brothers absolutely slaying it in the same field while wholesomely supporting one another in their endeavours. Yeah, I totally stan. But, the Hemsworths aren't the only Aussie family dominating La La Land, as it looks like Margot Robbie's lil' bro Cameron is making waves in the entertainment industry like his big sister. So, who is Cameron Robbie and why does he look so familiar?

If you cast your mind back to Peter Rabbit's press run in 2018 (specific I know), you may be more familiar with Margot's utter surprise and elation at her brother interviewing her for MTV Australia. "I was doing some work for MTV, which coincidentally was the same week she was in town," Cameron explained on Australian talk show The Morning Show. "I think they reigned me in a little bit. I couldn't do all the things I wanted to do."

The youngest of the Robbie clan, Cameron made his acting debut in I.C.U., a 2009 film that also featured his big sis in one of her first lead roles. He has also starred in two short films — 2015's Gifted and 2016's People You May Know, asVogue reports. He is also reportedly working with his sister on her production company, LuckyChap Entertainment, according to the magazine.

Most recently, the actor has broken through into the modelling world, as the Daily Mail reports, making his debut on Tuesday (Feb. 5) at the launch of David Jones' Autumn/Winter Collection at the MONA Art Gallery in Hobart, Tasmania.

Obviously lots of people are quick to correlate his success and Margot's, but he firmly put aside rumours that his achievements as an actor have anything to do with her stardom during an interview with The Daily Telegraph. "My focus has always been acting, that's what I've always wanted to do and that's been my main focus," he told the publication. "I'm supported by a really proud family and I've always been like 'this is what I'm going to do and this is how I'm going to do it,' and that's been my focus."

And it's not like his love of acting was totally unknown in the Robbie family, as he told Gold Coast Bulletin in 2014 that he and Margot "liked to perform all the time" when they were kids." "When she started succeeding, I realise you can do this job. She is such a grounded, supportive and intelligent girl. There's such a business side to this world and she's helping with [that]," he said.

Referring to his sister as his "inspiration" in the interview, it's hard not to get super emosh over this sibling bond. And while it doesn't seem as though Cameron's got any projects lined up in the immediate future, I can't be the only one hoping that he and Margot team up again in some capacity on the big screen, right?