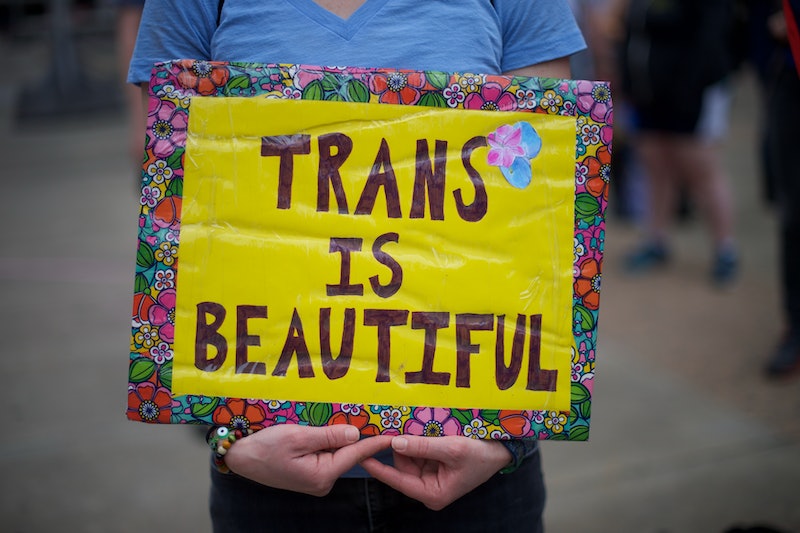 In light of President Trump's announcement that transgender Americans won't be allowed to serve in the U.S. military anymore, a doctor is offering free surgery to trans military members. Dr. Christine McGinn — who is herself a transgender veteran — told CNN on Sunday that Trump's policy amounts to "obvious discrimination," and that she'll perform a limited number of free gender confirmation surgeries for trans military members.

When Trump announced the new policy — which hasn't yet been implemented — he cited the "tremendous medical costs" that trans service members incur. But as McGinn noted, those costs aren't particularly high or prohibitive, and more importantly, they pale in comparison to the military's overall budget for medical expenses.

“I think [the medical cost is] being twisted and spun to make it seem like it would be more than it is,” McGinn said. “I think the cost of getting rid of very well specialized, trained military service people is exponentially larger than just taking care of them.”

According to a RAND Corporation study from 2016, the cost of providing medical care to trans service members is between $2.4 million and $8.4 million annually. "Even in the most extreme scenario that we were able to identify," the researchers wrote, "we expect only a 0.13-percent ($8.4 million out of $6.2 billion) increase in health care spending" by the military as a result of trans members being given medical care.

Some have argued that gender confirmation is outside the scope of benefits that the military should be providing to its enlistees. And yet according to a 2015 report from the Defense Health Agency, the military already spends $84.24 million every year on treatments for erectile dysfunction in the military — that is, 10 times as much as it would cost the military to provide surgery and other medical treatment to trans members.

Trump announced on Wednesday that "the United States government will not accept or allow transgender individuals to serve in any capacity in the U.S. Military," adding that "our military must be focused on decisive and overwhelming victory and cannot be burdened with the tremendous medical costs and disruption that transgender in the military would entail."

A day later, however, Joint Chiefs of Staff Chairman Gen. Joseph Dunford — the highest-ranking military officer in the country — said that "there will be no modifications to the current policy [of allowing trans Americans to enlist] until the president’s direction has been received by the secretary of defense and the secretary has issued implementation guidance." It's not clear if the White House has yet drafted or sent such guidance.

While speaking to CNN, McGinn also noted, accurately, that the cost of providing health care to transgender service members is "about the same price as one trip to Mar-a-Lago."