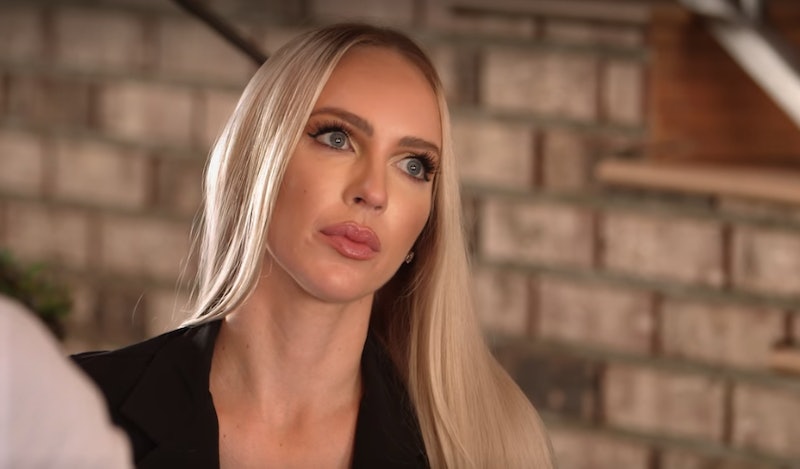 Every reality TV show needs drama, and Selling Sunset's Christine Quinn brought that from the get-go. From the moment the cameras starting rolling for the new Netflix series, Christine was quick to establish herself as the one to watch out for among the Oppenheim Group's staff. She even said she planned to "haze" her new co-worker Chrishell Hartley, and that Chrisell could "sit on the floor until she proves herself." Her pot-stirring persists all season, but considering how polarizing she's become among fans, let's learn a little more about who Christine is off-screen.

According to her Oppenheim Group profile, Christine is a Dallas native with "beaming southern charm." It also says she had a "successful career in fashion and entertainment, including a feature in Vogue magazine and others," and decided to become a realtor after traveling the world and discovering a passion for architecture.

The fact that Christine has dabbled in fashion and entertainment shouldn't surprise anyone who's seen the show — she's all about judging the other women's outfits and certainly has a knack for creating an onscreen presence. Her Vogue isn't easy to find via a Google search — she's not to be confused with another Christine Quinn, the former mayoral candidate for New York City, who also has contributed to the magazine. But surely it's out there somewhere.

Christine's LinkedIn page doesn't offer many other details about her life, either — the Oppenheim Group is the only employer listed. It also reveals that she attended the Juilliard School, which is a performing arts school in New York City, but doesn't say when she attended, or what exactly she studied. She is truly an enigma!

Even Christine's Instagram page only gives superficial details — she didn't start posting regularly until a couple months ago, presumably when she began to promote Selling Sunset. She shares plenty of selfies and shots of beautiful properties, as well as some of her own favorite quotes from the show. She also has various featured Instagram Stories saved to the page, which document her trips to places like Europe and Mexico, her favorite outfits, and behind-the-scenes looks at Selling Sunset.

It appears that Christine is showing fans of the show exactly as much of her life as she wants to, which is not much. And that's fine — it hasn't stopped people from paying plenty of attention to her, both good and bad. Some fans seem enamored with Christine's tell-it-like-it-is attitude, and are cheering on her clapbacks and one-liners. Others aren't so on board with her desire to "haze" Chrishell and square up with her co-workers. A quick look at Twitter will show you just how deep the controversy runs.

As long as Chrishell and Christine are at odds, Selling Sunset fans will be divided. It's still unclear if the show will come back for a second season, but if it does, maybe we'll be able to learn even more about who Christine is under that hardened, hazing exterior.