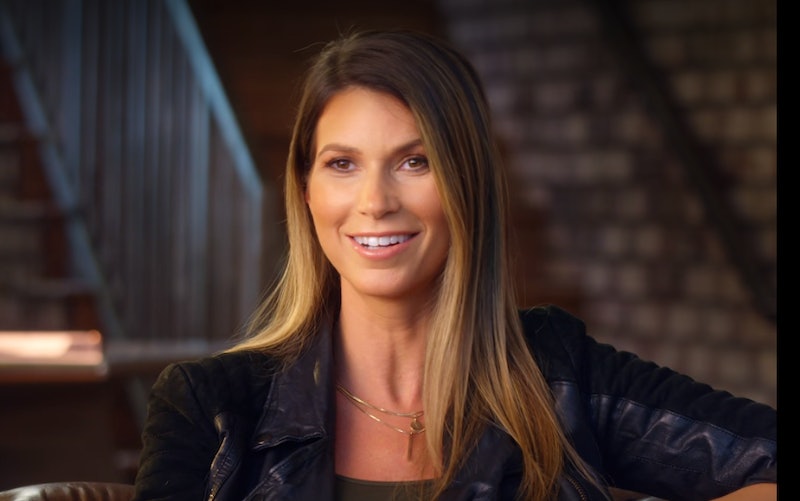 Following a number of high-profile Los Angeles realtors selling homes and slinging drama, Netflix's Selling Sunset is basically The Hills meets HGTV. One of the first leading ladies viewers meet on the show is Maya Vander, who, according to her staff profile on the Oppenheim Group's website, grew up in Israel and moved to Los Angeles in 2002. So, she's had plenty of time to familiarize herself with the hottest neighborhoods and properties. And she apparently comes from a family that has always had a knack for investing in houses and flipping fixer-uppers, so it sounds like she was born for this.

According to her staff bio, Maya also works for Douglas Elliman Real Estate in Miami, where she handles "handles luxury residences and condos in all price ranges" in the area. "Purchasing a home is the most important investment most people ever make," she says on the page. "So my job is to put their needs first, be as responsive as possible, make myself available whenever they need me, and provide valued-added guidance throughout what can be a complex and stressful time for them."

Maya's LinkedIn page also gives some more info: it notes that she's lived in the Netherlands, Spain, and Singapore in addition to Israel and the U.S., and the first real estate job she lists began in 2011.

She's not just all about her job, though. As those who have watched Selling Sunset will know, she's also starting a family. Her pregnancy is a prominent subject in the first season of the show, and her Instagram reveals that she gave birth earlier this month to a baby boy named Aidan.

Maya's Instagram presence doesn't go back that far — in fact, her very first post was advertising Selling Sunset. But there are still a few things we can learn about her from scanning the page. Perhaps most important? She has a very cute dog.

She's also managed to make time for dates with her husband in adorable jumpsuits even after becoming a new mom.

Maya's found a quick and dedicated following on Twitter, where Selling Sunset fans have voiced their appreciation for her no-nonsense attitude in a setting where it can't be easy to keep your cool.

It's unclear if Selling Sunset will return for a second season, but the cast seems optimistic. When Chrishell Hartley appeared on The View with her husband, This Is Us star Justin Hartley, she hinted that she hoped the crew would be back to sell another day. "I am still there," Chrishell said of her gig at the Oppenheim Group. "Everyone watch [the show], because we're still waiting to hear from Netflix if we get the go on Season 2. But it looks like — it looks like it's going really well."

Here's hoping! There are so many questions yet to be answered, and viewers are clearly eager for more Maya. Only time will tell, but in the meantime, Selling Sunset fans will be on the edge of their seats waiting for more bougie houses and soapy drama.

More like this
'Selling Sunset's Christine Has Finally Addressed Her Oppenheim Group Exit
By Brad Witter
Christine Quinn Says She & This Co-Star Got Paid The Most For 'Selling Sunset'
By Grace Wehniainen
8 'Selling Sunset' Continuity Errors You Definitely Won't Be Able To Unsee
By Rachel Mantock
What’s New On Netflix: 'Stranger Things' & 'Somebody Feed Phil' Return
By Arya Roshanian
Get Even More From Bustle — Sign Up For The Newsletter