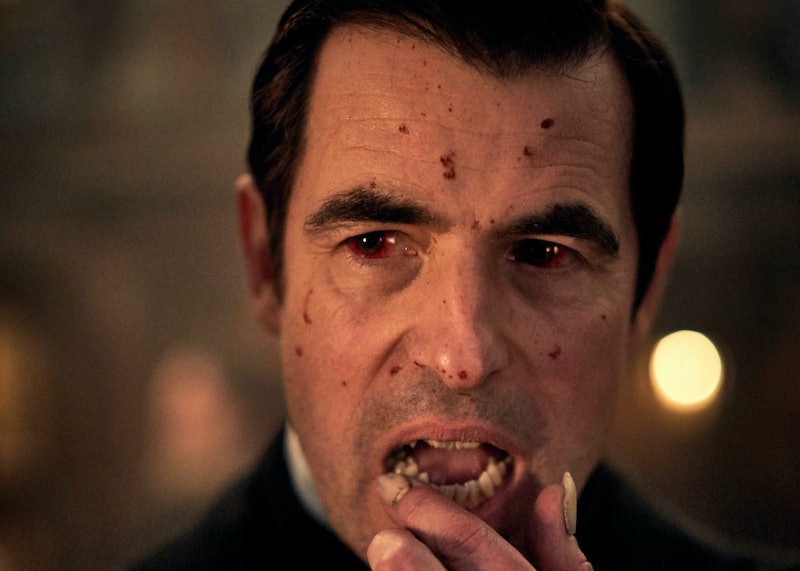 Bram Stoker’s iconic horror novel Dracula is being adapted into a brand new TV drama by the BBC and streaming giant Netflix. The upcoming series is brought to us by the creators of Sherlock, and will follow the story of the Transylvanian blood-sucker as he sets his sights on Victorian-era London. Filming of the BBC and Netflix co-production is currently underway, and actor Claes Bang will take on the show's leading role. But who is Claes Bang? Here's everything you need to know about the Dracula star.

According to the Express, Claes Bang is an actor and musician from Odense, Denmark. As mentioned on the Danish Film Institute's official website, Bang graduated from the Danish National School of Performing Arts in 1996 – and has since gone on to star in a wide variety of TV, film and theatre productions. The actor is perhaps best known for his role as the art museum curator Christian in The Square — a role which, according to Vogue, bagged him the prestigious Palme d'Or award at the 2017 Cannes Film Festival, as well as the award for Best Actor at the European Film Awards.

More recently, Band has appeared as Jan Holster in The Girl In the Spider’s Web, where his blonde hair do renders him almost unrecognisable. And now, as mentioned previously, the Danish actor is set to appear as Dracula himself in the TV adaptation of Bram Stoker’s classic Gothic horror novel.

Bang has previously expressed his excitement at being able to play the "charismatic" role of Count Dracula. According to the Express, the actor said, "I am thrilled to be taking on the role of Dracula, especially when the script is in the hands of the incredible talents of Steven Moffat, Mark Gatiss and the team responsible for Sherlock. I’m so excited that I get to dig into this iconic and super-interesting character. Yes, he's evil, but there's also so much more to him, he’s charismatic, intelligent, witty and sexy."

In a statement sent to Bustle, more details surrounding the rest of the show's cast have been revealed. Appearing in the drama alongside Bang include the likes of The League of Gentlemen actor Lyndsey Marshal, The Bay star Chanel Cresswell, The Imitation Game's Matthew Beard, Years & Years actor Lydia West, Happy Valleys star Paul Brennen, and many more.

The forthcoming drama will consist of three feature length episodes, and filming first kicked off back in Spring 2019. According to the BBC, the new series will "re-introduce the world to Dracula, the vampire who made evil sexy. In Transylvania in 1897, the blood-drinking Count is drawing his plans against Victorian London. And be warned: the dead travel fast." As it stands, no official start date has been announced, however the series is set to make its debut on BBC One in the UK, whilst international viewers will be able to stream episodes on Netflix.

I don't know about you, but this horror adaptation sounds like my cup of tea, and I can't wait for Dracula to take a bite out of my TV schedule.