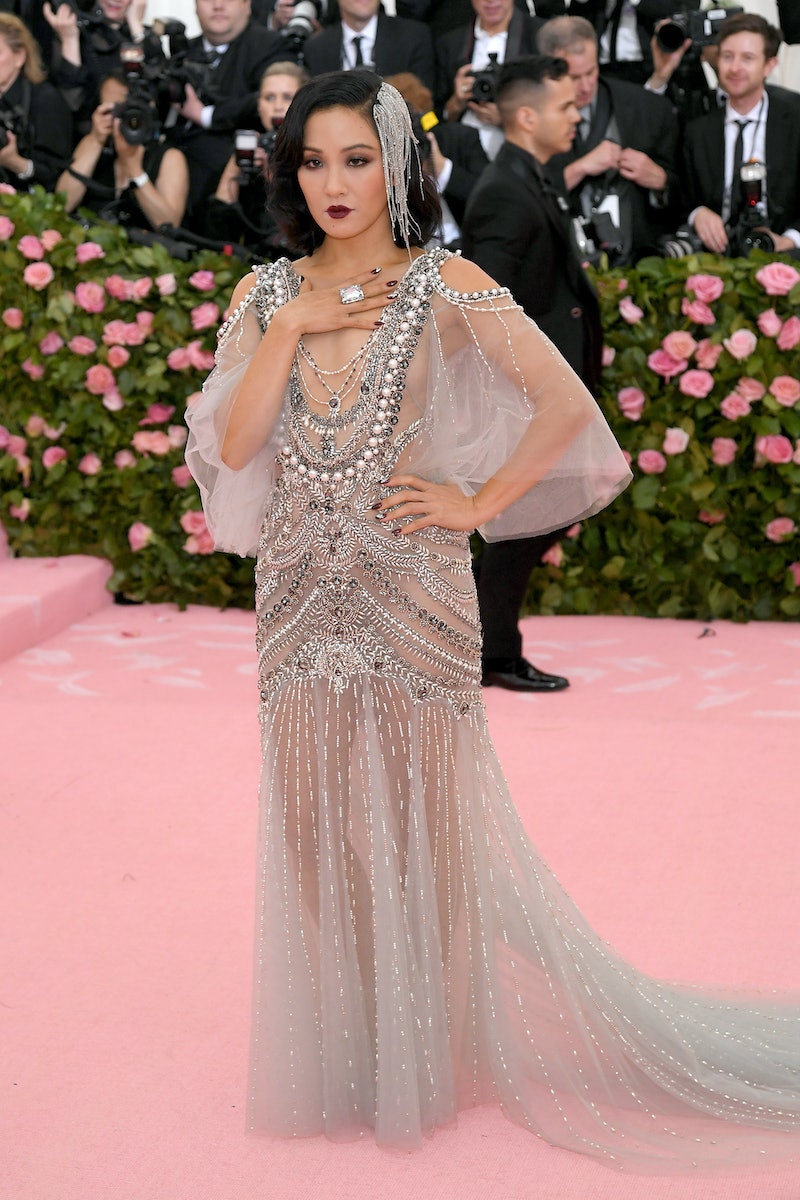 In a Bust article that came out last September, the Crazy Rich Asians star mentioned a boyfriend while talking about her beloved bunny, Lida Rose. Apparently the two don't always get along. “When some guys come over, they try to act like they love my bunny, but it’s fake. With my boyfriend, he was just himself when he first met my bunny, which was a while ago," she told Bust. "He’s not really an animal person, but he’s a great person person.” Wu really loves her bunny — “When I see a bunny, my heart melts," she said in the same interview — so the fact that her boyfriend might not be an animal person must mean he's pretty special to her.

Wu never publicly named this boyfriend, but there are speculations on who that might be. Sept. 4, 2018, Wu posted an Instagram picture with actor Jim Sturgess, who starred alongside Anne Hathaway in 2011's One Day. She restricted comments on it and wrote, "One of the best guys ever 💗🐰🐰 Me and @officialjimsturgess at the #crazyrichasians screening in London tonight 💗" Sturgess also had an Instagram post dedicated to Wu in August of 2018. That said, they didn't confirm a relationship. In fact, his Instagram post seemed to confirm that they are just friends. (Before she was starring in movies, Wu worked as a production assistant and actually worked as a driver for Sturgess, according to his Instagram caption.)

Wu reportedly dated actor Ben Hethcoat, who she tweeted about in 2015, writing, "Best boyfriend in the world took me to @TheBunnyMuseum today for Valentine's Day :-)," according to LiveRampUp.com. But, according to a previous Bustle article, their last reported sighting together was in 2016, and Super Hub wrote that Wu and Hethcoat were broken up as of February 2018. PopSugar also reported that Wu was single in the same month, so it's completely unknown who Wu was talking about in the Bust article that came out seven months later.

Whether or not she's dating anyone, Wu has faced criticism for dating men who aren't Asian. In an interview with StyleCaster in 2018, she acknowledged the hate, but also reminded everyone it's her life, and she's happy with her decisions. “Hate and criticism in any form do not feel good... But I do think having the freedom to express things that are painful to certain people and start conversations about deeper issues [is a good thing]," she said. "Unfortunately, sometimes those conversations are targeted, but I’m very confident in the choices I make and why I make them, so if and when they are targeted at me, if this is a means for someone else to figure out and discover the things that matter to them or the things they feel about themselves, then I’m all for it. Because I’m OK.”

Regardless of if or who Wu is dating at the moment, she's going to continue to do what is best for her, and that's definitely a hustler's type of attitude.

More like this
Selena Gomez Confirms She's Single Amid Drew Taggart Dating Rumors
By Martha Sorren, Jake Viswanath and Jack Irvin
Michael B. Jordan Tackled His "Public Breakup" With Lori Harvey On 'SNL'
By Brad Witter
Who Is Pete Davidson Dating? He & Chase Sui Wonders Got Caught Kissing
By Jake Viswanath
Joey Essex Is Rumoured To Be Dating A 'Love Island' Favourite
By Sam Ramsden
Get Even More From Bustle — Sign Up For The Newsletter
From hair trends to relationship advice, our daily newsletter has everything you need to sound like a person who’s on TikTok, even if you aren’t.