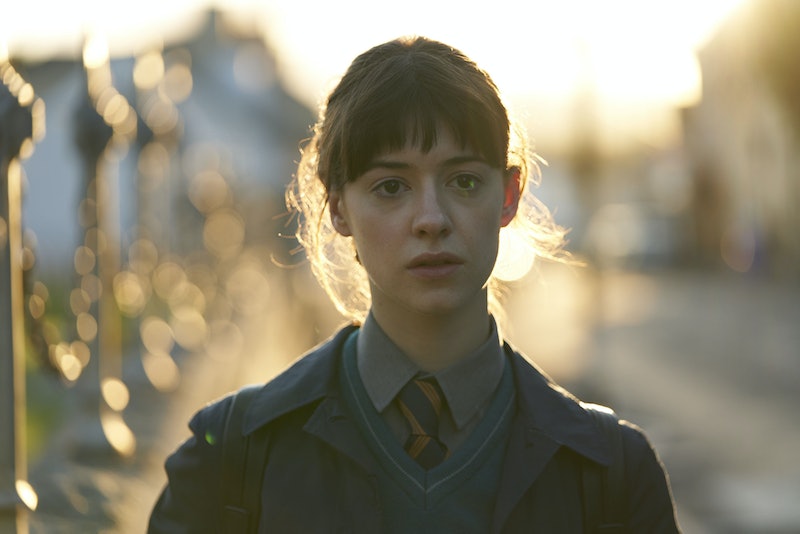 When it comes to adapting a much beloved novel for the TV screen there’s a serious amount of pressure on not only the production team and writers, but also the stars playing the characters. Sally Rooney’s Normal People, alongside her other book Conversations With Friends, has become a modern classic. Needless to say playing Normal People’s Marianne is a pretty huge deal so who is Daisy Edgar Jones?

Edgar-Jones isn't new to the acting world, having already appeared in shows like Cold Feet, Outnumbered and Silent Witness. In an interview on the website of Woodhouse, the sixth form college she attended, she revealed that she found her vocation at a very young age.

"When I was young at primary school, I was very average at subjects, I wasn’t really 'good' at anything, just in the middle - and quite shy. Then, when I was in year five, we did a school play - and that was the first time I remember people saying 'wow that was really good' and I thought 'Oh… I’m good at something!' It seemed acting was just the thing that I was best at," she said.

However, Edgar-Jones largely attributes her professional success to being a part of the National Youth Theatre which has lots of famous alumni including Dame Helen Mirren and Catherine Tate.

"Any drama student who is seriously ‘into drama' should audition for the National Youth Theatre because it’s the best company. I joined when I was 14 (which is the youngest age you can join) and it was difficult to get in because they only want the best in the whole country, but I auditioned and made it. Once you are a part of the company you get so much acting experience – it’s one of the main reasons I can begin to act professionally now".

Acting is a high-pressure industry to be involved in, but when you're taking on a part in a novel loved by millions it only increases it. So how is Edgar Jones coping with such a career changing opportunity? Speaking to Elle about taking on the role of Marianne, Edgar-Jones said she’s accepted not everyone will be pleased. “You can never satisfy everyone, but I love the book just as much as the next person. I want to do it justice”, she said. Adding, “I haven’t really thought about it. You never really know about these things; it might come and go.”

Normal People will be available to watch in its entirety on BBC iPlayer from Apr 29.

This article was originally published on Jan. 28, 2019