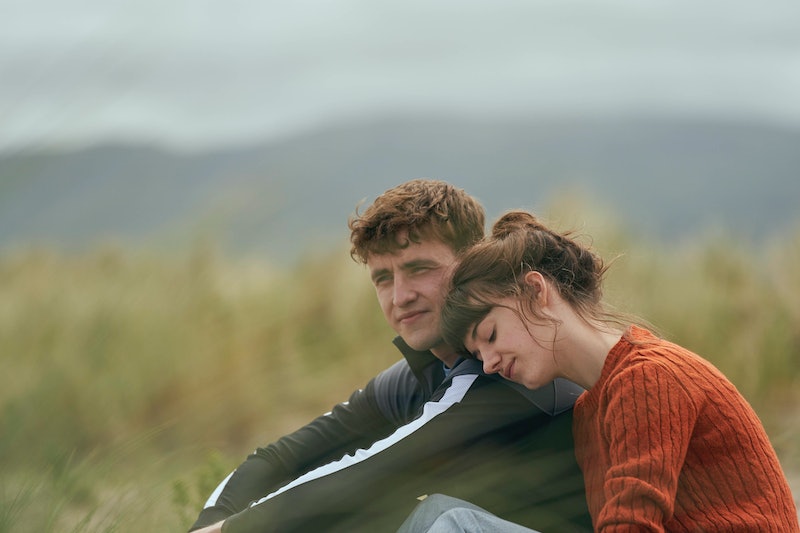 While some shows have been postponed due to the coronavirus pandemic, one series that's still going ahead and highly anticipated is the BBC Three and Hulu adaptation of Sally Rooney's award-winning novel Normal People. Have you seen the latest trailer yet? The third tease dropped on BBC Three on April 17, featuring Marianne and Connell's first kiss – possibly the sweetest clip yet. So, when will Normal People air in the UK?

We don't have to wait too long to watch the full series now. Normal People will drop as a boxset on BBC Three on April 26 and will be released in the US on Hulu on April 29. It will also air weekly on BBC One from April 27, with two 30-minute episodes each week. (But let's be real, we'll be watching the whole thing as soon as it's online.)

The first 50-second trailer was released back in January, a short tease of what to expect, while the second trailer on March 31 gave us a little more backstory to Marianne (played by Cold Feet star Daisy Edgar-Jones) and Connell's (Paul Mescal, in his first TV role) emotional rollercoaster of a relationship. In all three clips, there's the same supercharged chemistry between the two lead actors, bringing to life Sally Rooney's characters – dare we say it – almost better than we imagined when reading the book.

It’s filmed across Dublin and Sligo in Ireland, with scenes in Italy and Sweden too, transporting us – at least visually – beyond the current self-isolation realms to be immersed in the most captivating modern love story of recent years. And I think we can all agree that a dose of intimate, complicated, intoxicating love, backed by beautiful Irish landscape, is just the kind of distraction we need right now.

The full series of Normal People is released on BBC Three on April 26, Hulu on April 29 and will air on BBC One from April 27.

This article was originally published on March 31, 2020