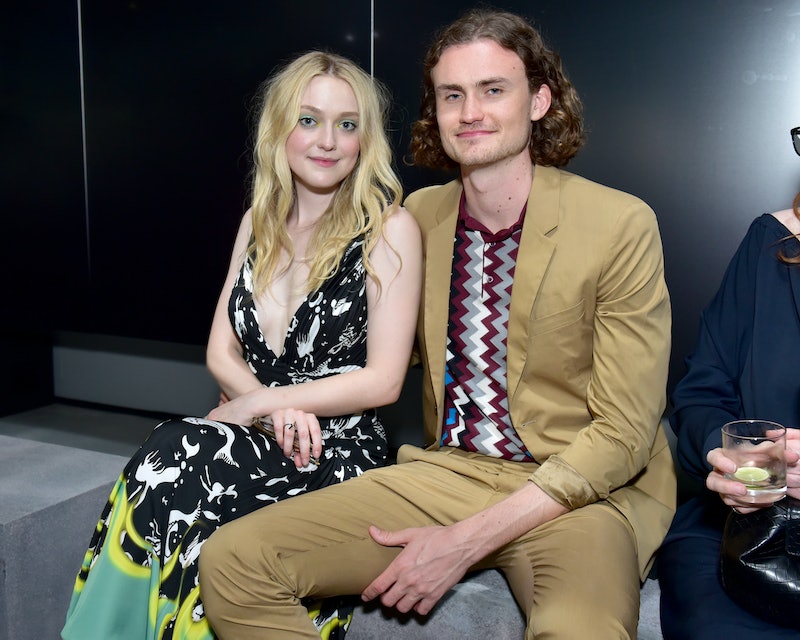 Fanning has been linked to her boyfriend, Henry Frye, since October 2017, as People reported. They were first spotted together when they both attended two sports games in late 2017 at Madison Square Garden. There isn't too much that is known about the actor's beau. Although, People did report in August 2018 that he lives in New York and previously studied at the University of Vermont. In May 2018, Page Six reported that the Once Upon a Time in Hollywood star was set to meet Frye's parents during a trip to Cape Cod. So, based on that report, it seems that the two are pretty serious about one another.

The pair have been tight-lipped as far as their romance is concerned, as neither Fanning nor Frye have spoken out publicly about their relationship. And while they haven't been spotted together recently, the actor has posted photos of herself and her boyfriend on her Instagram in the past. Back in February 2018, she posted a snap of herself and Frye out to eat, which she captioned with a lovely, "❤️my valentine❤️"

Prior to dating Frye, Fanning was linked to model Jamie Strachan, per E! News. The publication reported in September 2013 that they had been together for a few months, according to a source. The source continued to say, about Strachan, that he is, "very shy and incredibly nice and sweet." In October 2016, during an interview with Town & Country, Fanning confirmed that she and her boyfriend had parted ways.

While she didn't go into detail about their breakup during the interview, she did open up about her dating life. "The way I prefer to meet someone is through a friend … [They're] most likely not a freak," she told the publication, "I find dates, in general, horrific. We have to sit there and ask these questions and pretend to eat a meal, and it just feels so stiff."

In a January 2013 interview with Glamour (obtained via E! News), Fanning similarly discussed her feelings about dating. She even told the publication, "I don't date," adding,

"I have a weird vision of relationships because my parents have known each other since second grade, and they got married right out of college. I've always thought that's what it's supposed to be like, and if it's not, then I don't want to waste my time on it."

She went on to say that she is serious about who she chooses to be with, saying, "Even when I was 14, I was like, ‘I'm not gonna marry this person. What's the point of doing it?' It's not me being naive. I just know what it's supposed to be like. And I think until I feel that, I cannot be bothered."

More recently, in January 2018, she told Vogue Australia that she was excited about taking the next steps in a relationship (just not in the near future), "I can’t wait to be a mom. I can’t wait to get married. Not yet, but those things are very important to me and I think about them.”

So, is Fanning on track to take those next steps with her boyfriend, Frye? Only time will tell.