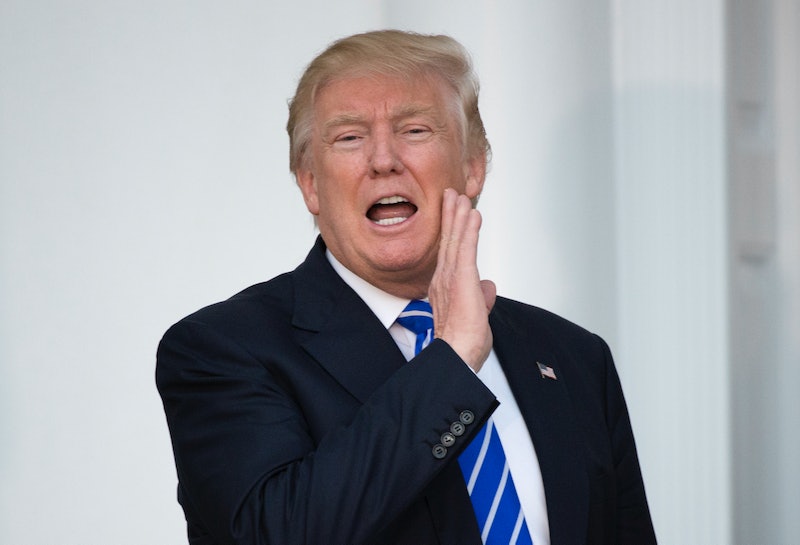 Jan. 20 marks not only Donald Trump's first day as president, but the transition of his social media activities from his private and campaign accounts to official governmental ones. This means millions of people will be looking to @POTUS instead of @realDonaldTrump for their daily doses of, "What did he tweet now?" Though he seems to take a DIY approach to social media, Trump does, in fact, have a White House social media director, and his name is Dan Scavino. But who is Scavino and what power will he have over the operation of @POTUS?

Though he will be perhaps the most important social media manager in the world soon, Scavino has much experience when it comes to working with Trump and his tweeting habits. Scavino became the Trump campaign's director of social media last February after previously serving as a staffer. He got the gigs after being a "longtime Trump confidant," having met the president-elect in 1990 at a golf course and served as his caddy. According to CNN, after Trump later bought that golf course, Scavino became general manager of Trump National Golf Club there.

Today, in addition to being the White House's soon-to-be director of social media, Scavino will also serve as an assistant to the president. But considering Trump's tweeting habits and style haven't changed much since the election, we can expect @POTUS under Scavino's watch will be just like @realDonaldTrump under Scavino's watch.

Though he's mostly remained in the shadow of his bombastic boss, Scavino made news in July 2016 after Trump tweeted a graphic featuring Hilary Clinton against a background of $100 bills. Next to the former democratic candidate for president's face were the words "Most Corrupt Candidate Ever!" inside what many interpreted to be a Star of David.

The image, which Mic traced back to a white supremacist, neo-Nazi message board, led to accusations of the Trump campaign's using anti-Semitism in its messaging. Scavino took responsibility for sourcing the image, which he denied came from an anti-Semitic website. Instead, he wrote the disputed shape was actually a sheriff's badge. He didn't apologize for the misstep, but did remove the offending tweet.

And though Trump has a social media approach that sets him apart from other world leaders, it's one that he and Scavino seem to share. Both use exclamation points and the caps lock button liberally, and aren't shy about using their platforms to brag or gloat over their opponents.

Scavino was even quoted in a 2009 interview with Hudson Valley Magazine saying, "My wife and some of my employees sometimes say, ‘You sound like Donald.’... He just has this karma that rubs off on you, this positive energy of everything is great and it truly is."

The Obama administration has a 20-person team, called the Office of Digital Strategy, that manages the president's social media accounts. But Scavino's position as director of social media is a new one without solid precedent. He will be working on Trump's communications team along with Press Secretary Sean Spicer, Director of Strategic Communications Hope Hicks, and Director of Communications Jason Miller.

Scavino's and Trump's entrances into the White House represent a whole new world of presidential digital engagement. But considering how the two have run @realDonaldTrump over the past year, we can probably expect more eyebrow-raising tweets, now through @POTUS, in 2017.