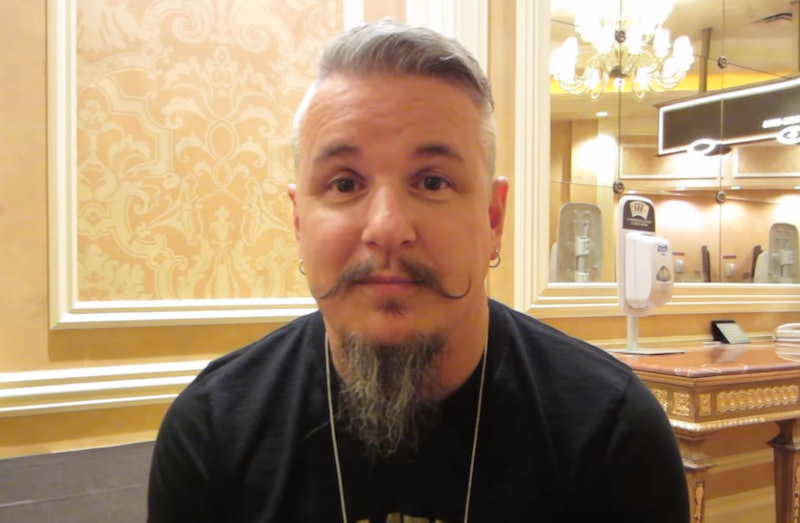 GunsAmerica/YouTube
By Chris Tognotti
May 3, 2018

On Friday, May 4, the National Rifle Association will be holding a conference in Texas, and some big names are slated to attend, including President Donald Trump. NRA national spokesperson Dana Loesch will also be there, and if you don't know much about her, you might find yourself wondering: Who is Dana Loesch's husband, Chris?

If you've been following all the gun violence-related activism and advocacy over the past few months, then there's a decent chance you know who Dana Loesch is. The 39-year-old Missouri native has been a national spokesperson for the NRA ― the country's biggest and most powerful pro-gun lobbying group ― since 2017, as well as special assistant to the executive vice president for public communication.

As for her husband, Chris Loesch, he's an ardent gun rights supporter as well, and his Instagram profile proclaims himself to be a "music producer" and a "writer" who works in "film and TV scoring/production." He's also his wife's manager, and his LinkedIn page describes himself as having a background as a touring musician. The pair were married in 2000, an event which Chris Loesch celebrated with an 15th anniversary Instagram back in 2015, calling his wife "the smartest and most beautiful woman in the world."

"15 years ago was the last morning I ever woke up an incomplete man," he wrote, in an Instagram caption. "On this day I married the smartest and most beautiful woman in the world. She completes me and together we try to make the world a better place. I'm so proud that everyone else can see what I already knew. I thank God for putting us together. I love you Dana Loesch, around the moon and back, around the stars and back, forever and ever..."

Chris Loesch has also been a pugnacious conservative presence on Twitter, routinely arguing with gun control advocates and he and his wife's many critics. His Twitter account was briefly suspended for spam back in 2012, after he responded to an extremely abusive tweet that a random user sent to Dana Loesch.

He, like his wife, is an extremely ardent gun owner. In a YouTube video filmed at the SHOT Show in 2015 ― a massive trade show for the firearms and hunting industries ― he remarked that he's been "hunting and shooting since [he] was a little bitty kid." Also, notably, he has a slightly, uh, outrageous handlebar mustache, of the sort you'd sooner expect to see on a Portland hipster than a pro-NRA conservative stalwart.

In the aforementioned video from the SHOT Show in 2015, he describes himself like this, clearly keenly aware that Dana Loesch is the one with the real prominence and star power.

"I'm Chris Loesch, better known as Dana's husband, husband of Dana Loesch... I'm the man behind the woman that is probably more of a man than a lot of men," he said.

The NRA convention will be taking place at the Kay Bailey Hutchison Convention Center in Dallas, and will include appearances by Trump, Vice President Mike Pence, and country-western singer Charlie Daniels.

While there's no telling just yet what Chris and Dana Loesch's weekend at the convention will look like, it's undeniable that they're a controversial couple, given their high-profile support for gun rights in a political climate that's shown increased scrutiny toward the NRA.

In recent weeks, since the deadly shooting at Marjory Stoneman Douglas High School in Parkland, Florida, many of the surviving students have taken up activism, hoping to pressure the U.S. Congress to pass new gun control laws ― something, in simple terms, that both halves of this husband and wife team are very much opposed to.