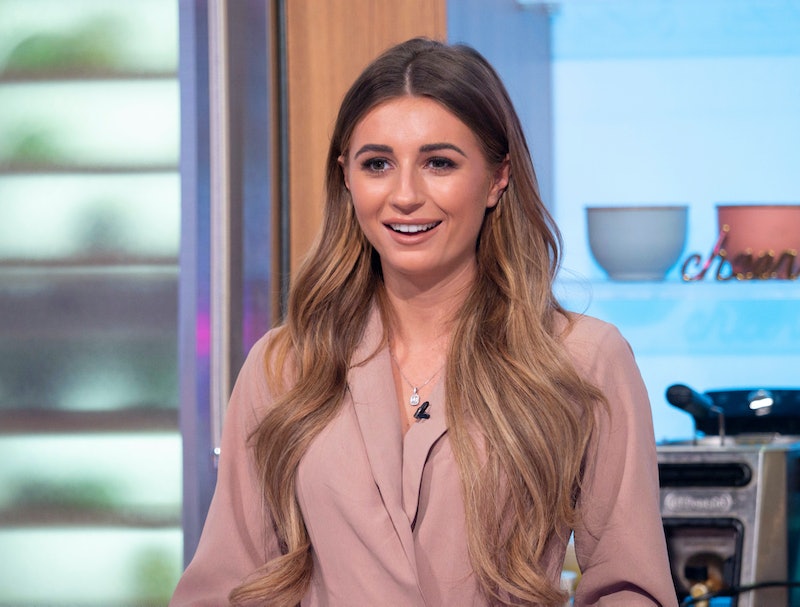 Last summer the nation found their new favourite couple after watching Dani Dyer and Jack Fincham fall in love on Love Island. After winning the show and moving in together, it seemed as though the reality couple were one of the show's best successes. However, earlier this month Fincham announced that he and Dyer had gone their separate ways. Obviously, it hasn't been that long since the couple split, but it's hard not to wonder who is Dani Dyer dating in 2019?

According to The Sun, Dyer is reportedly dating stockbroker Sammy Kimmence after the two were spotted together in Chelsea over the weekend. Kimmence reportedly posted a photo of the two of them on his private Instagram account according to The Tab, and they seem to be wearing the same outfits as seen in the photographs featured in The Sun. Dyer also posted a photo to her Insta over the weekend in a similar setting. If you're unfamiliar with Dyer's relationships before Fincham, she and Kimmence allegedly dated prior to Love Island and parted ways before she entered the villa according to the Evening Standard. I have reached out to Dyer's rep for comment but have yet to hear back. I'll let you know if I do.

The Love Island couple briefly parted ways last December, but earlier this month Fincham issued a statement via his Instagram story that they had parted ways. "We have some amazing memories and have been through a lot but sometimes things aren't meant to be and we really did try to make it work but it unfortunately didn't and that's life," he wrote.

"That's all I have to say, a break up is hard enough as it is for both of us alone let alone in the public eye so I hope everyone is considerate and understands this."

Dyer mirrored Fincham's sentiments in an interview with HuffPost UK, where she stated "It's just one of them things, it didn't work out. There's going to be a lot of stuff going on about it, but it'll be fine. I wish all the best for Jack, it just didn't work out." Despite rumours and other implications regarding their relationship after they split, Fincham affirmed that he and Dyer are on good terms on Good Morning Britain last week. "There's a lot of feeling there, of course there is. We've been through a lot together but I can't stress enough, I just hope that she's happy," he said.

I mean, let's be real here. Despite winning a dating show as an actual couple, Dyer and Fincham weren't contractually obliged to stay together. Even Dyer herself made this clear months before she and Fincham broke up. "Yes, we did a show together, but we didn't have to stay together if we didn't want to," she said during an interview with The Sun's Fabulous magazine. "We were never contracted to do anything like that — that is not a 'thing' and if it is it should be illegal."

Ultimately their relationship was theirs and theirs alone, and that's what needs to be taken from all of this.