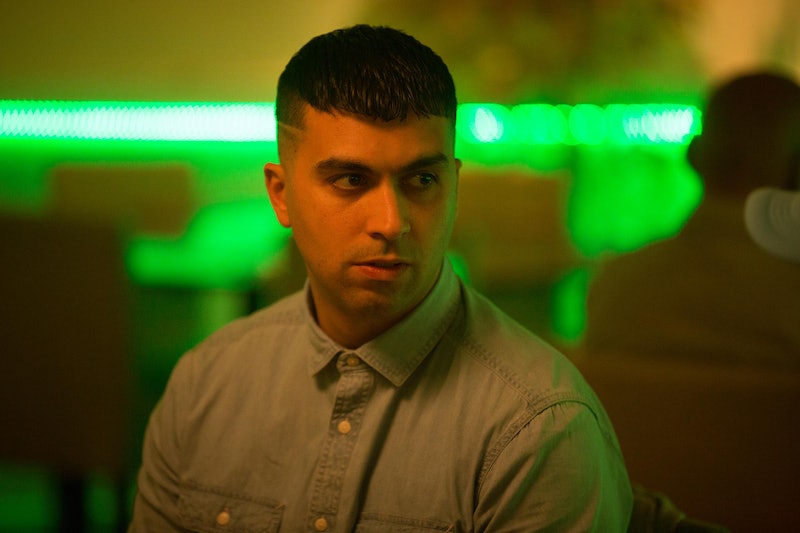 It’s the Channel 4 series that has been dubbed one of the funniest sitcoms of 2019. Stath Lets Flats follows the misadventures of inept letting agent Stath working in his family’s business in North London. Series two of the BAFTA-nominated show has been even funnier than the first and as the penultimate episode of the series airs tonight a new character is introduced. So, who is David Mumeni? The actor who plays Stath’s sister Sophie’s boyfriend Cem has got a ton of acting experience behind him and this isn’t the first time he’s got fans and viewers in tears with laughter.

The comedian and actor Jamie Demetriou, who is probably best known for his role in Fleabag, and writer of Friday Night Dinner Robert Popper created Stath Lets Flats which first airing in summer 2018. It’s gone on to achieve massive critical acclaim. Demetriou's IRL sister plays his onscreen sister Sophie (Natasia Demetriou) and in last week's episode, on Sept. 9 viewers were introduced to her boyfriend Cem. Enter David Mumeni, the London born actor who’s got more than his fair share of experience of sharing the screen with big names. He graduated from the super prestigious Drama Centre London and went on to get roles in Fresh Meat, Whitechaple, and Phone Shop.

In fact, if recognise Mumeni it might be because he’s starred in a lot of super popular sitcoms. He played Russell in Channel 4’s Dead Pixels. Before that he was in the pilot for the BBC comedy Ghosts playing Mike. Fans of Channel 4 comedy may recognise Mumeni from coming of age comedy series Drifters when he played Jeff and he appeared alongside comedy extraordinaire Greg Davies in Cuckoo as Toby. However, that’s not to say that Mumeni is a purely comedy actor, he also creeped audiences out as Wayland in Whitechapel.

Over summer 2019 he starred in the comedy series Sliced. Speaking about his role to Telly Binge he explained, “Josh and his mate Ricky are constantly getting themselves in and out of trouble working at a low rent, backstreet pizza parlour owned by my character Mario. I think the situations they find themselves in and the performances are what will get audiences laughing the most.”

You’re as likely to catch Mumeni on the big screen as well as the small. He took on the role of a Marine Sergeant in the legendary Tom Cruise franchise Mission Impossible six. Sticking to his comedy roots he played Fabian in Johnny English Strikes Again and he was the lead soldier in The Huntsman: Winters War.

While many would know Mumeni as a super promising actor and funnyman, he has another big love alongside his acting career. He established Open Door, a non-profit organisation which runs courses for young actors who don’t currently have the financial resources to get a place at one of the UK’s leading drama schools. Writing about his work for the National Youth Theatre he said, “with more and more cuts to the arts, and drama being cut from the school curriculum, there may actually be an argument that they're needed now more than ever.” He continued:

“We need to support young people who may not know that they can access this training, or even that it exists. It's important they know there is a place in the industry for them.”

A super promising up-and-coming British star and hilarious actor it’s awesome that Mumeni is investing back into future talent and creating opportunities for others to succeed. And his very near future is pretty exciting too. Mumeni stars alongside Emilia Clarke and Henry Golding as Guy in Last Christmas which comes out in Nov 2019.

If you’re in need of a laugh and want to see Mumeni in action Staths Lets Flats is on Channel 4 tonight (Sept. 16) at 10 p.m. and to catch the series two finale tune in next week.

More like this
Adam Ali Hopes 'Waterloo Road' Will “Subvert” Queer Misconceptions
By Sam Ramsden
'Abbott Elementary' Fans Probably Missed This 'Parent Trap' Easter Egg
By Sam Ramsden
Everything To Know About The 'Daisy Jones & The Six' TV Series
By Maxine Harrison and Brad Witter
Yes, 'The Price Of Glee' Is Available To Watch In The UK
By Catharina Cheung
Get The Very Best Of Bustle/UK
Sign up for Bustle UK's twice-weekly newsletter, featuring the latest must-watch TV, moving personal stories, and expert advice on the hottest viral buys.